Amazon.com (NASDAQ:AMZN) is no stranger to either TV or advertising, but the e-commerce giant's ambitions are growing considerably. Amazon has long offered Prime Video, its over-the-top (OTT) streaming service, as part of Amazon Prime, while the advertising business continues to soar. Amazon is now the third-largest U.S. digital ad platform, according to recent estimates from eMarketer.

A couple of new reports show that Amazon has greater plans still for TV and advertising. 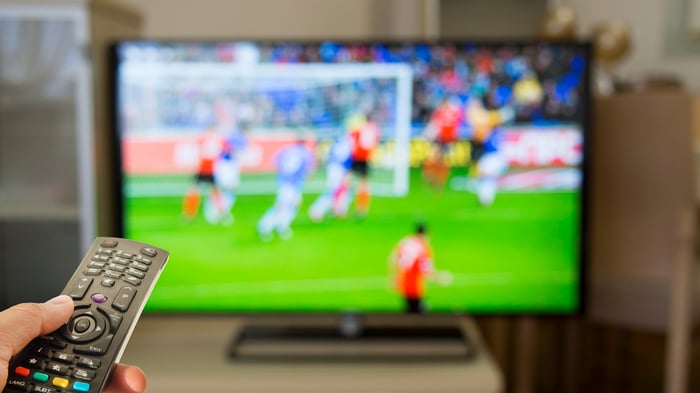 Getting a cut of ad inventory

Amazon has been working hard to develop its advertising technology, which will be necessary to scale the business. Third-party media companies can currently use other ad networks to serve ads, but that's about to change: Channels will have to start using Amazon's own ad network to serve all advertisements on Fire TV starting next year, according to the report. Amazon believes it can help its partners get higher ad prices, thanks in part to its growing ability to target consumers using data collected from its e-commerce operations.

Meanwhile, CNBC separately reported that Amazon is bidding for 22 regional sports TV networks that Disney (NYSE:DIS) agreed to divest as part of its massive $71.3 billion acquisition of Twenty-First Century Fox. The U.S. Department of Justice imposed that requirement over the summer as a condition to clearing the deal, arguing that consumers would otherwise be harmed by reduced competition in the market for cable sports programming.

Other reported bidders include Apollo Global Management, KKR, Blackstone, Sinclair Broadcast Group, an unnamed sovereign wealth fund, and Tegna, according to the report. It's unclear how much these suitors are bidding for the networks, but the networks are estimated to be worth as much as $20 billion. If Amazon emerges victorious, it will cost more than the $13.7 billion it spent on Whole Foods, its largest acquisition to date by far.

Is there anywhere Amazon won't go?

Live sports is one of the few strongholds of traditional cable TV at a time when cord-cutting is only accelerating. Peer tech giants are also increasingly expanding deeper into video, although mostly with OTT services. The reports show that Amazon is taking TV and advertising even more seriously than ever before. The company continues to broaden its horizons beyond its core e-commerce business, and there seems to be no market it won't consider entering.

Considering its knack for disrupting markets, traditional media companies should be terrified.