McDonald's (NYSE:MCD) is always performing a balancing act. On the one hand, it has to have plenty of value menu items to lure in the wallet-conscious customers looking for convenience and consistency at a good price, but it also needs a selection of premium products to drive profit margins as well as entice those who want something more than fast-food.

Although the pendulum has swung too far in either direction on occasion, hurting McDonald's performance in the process, it seemed the burger joint had found equilibrium with the $1 $2 $3 Dollar Menu. Not only did customers keep coming back for more, but CEO Steve Easterbrook says items per transaction were higher than average when people ordered off the menu because they chose more items when creating their own combo meals..

Now McDonald's is introducing a limited-time $6 Classic Meal Deal that includes a Quarter Pounder with cheese, Big Mac, 10-piece Chicken McNuggets, or Filet-O-Fish sandwich. It's essentially a 4-for-$6 combo meal as it includes a small fries, drink, and apple pie. And it may just be a buck too much. 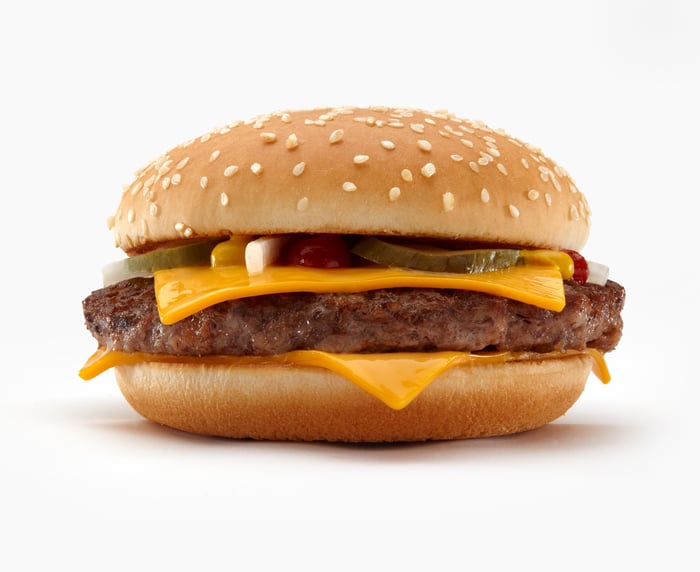 The $4 combo meal first popularized by Wendy's seemed to be the pricing sweet spot for the industry and was quickly adopted by others. Burger King came out with a 5-for-$4 deal, and McDonald's offered its McPick 2 for $2 that gave customers a choice of two items from a list that included the McChicken sandwich, McDouble cheeseburger, three-piece mozzarella sticks, and small fries.

Yet it was also something of a margin-draining price point for franchisees, which is why $5 specials have caught on. Yum! Brands' Pizza Hut introduced its $5 lineup that lets customers choose two or more menu items for $5 each, including pizza, chicken wings, garlic knots, and pasta, while Taco Bell offers $5 meal boxes with a choice of chalupas, gorditas, crunchwraps, and steak nachos.

Similarly, CKE Restaurants is pushing $5 All-Star Meals at both Carl's Jr. and Hardee's, while Del Taco Restaurants has made a more permanent home on its menu for what was once a limited-time $5 Mix and Match Classic Burrito special.

McDonald's also changed its combo to the McPick 2 for $5, and the results have been telling. For the first time in five years, McDonald's posted a year-over-year increase in annual customer traffic last year, and global same-store sales growth was its best in six years.

A cut above the competition

The latest combo offer, however, may be getting too far ahead of itself and the competition. The $6 Classic Meal Deal could be another case of shooting too high. Perhaps not as lofty as kale bowls and lobster rolls, but it may test the limits of its price-conscious customers, much like when it introduced the Arch Deluxe. Priced between $2.09 and $2.49, the Arch Deluxe never caught on in part because the Big Mac sold for $0.32 less. The sandwich was one of McDonald's biggest, most expensive forced errors.

The $4 and $5 Angus Third Pounder was a similar mistake, as people could buy four or five regular burgers for the price of one of their higher-quality burgers, and it wasn't much different when it introduced its pricey sirloin burger option.

McDonald's is now also adding a higher-priced breakfast menu item, the Triple Breakfast Stack for $3.89, which is more than a dollar more expensive than anything Taco Bell is selling for breakfast.

As McDonald's continues to lose market share in the morning segment, which Easterbrook says "continues to be a battleground," pricing breakfast items well above the competition's is not likely going to reverse that trend.

Without question, the fast-food chain needs premium menu items, but it can't price them outside the range of what people expect value menus to offer or much higher than the competition does, as it will simply drive customers to its rivals.

While this latest menu effort may be an attempt to further bolster profits and could be beneficial if others begin offering their own $6 combos, the maneuver could have the opposite effect and, in the process, undo all the gains McDonald's has achieved over the past year.