Shares of Kohl's (NYSE:KSS) were falling today after the department-store chain reported solid third-quarter earnings, but its full-year forecast missed the mark heading into the holiday season. As a result, the stock was down 8.3% as of 12:14 p.m. EDT.

Following a trend with other retail stocks, Kohl's results for the third quarter were better than expected, but the stock nonetheless fell on concerns about a holiday slowdown and broader market woes. For the quarter past, Kohl's said comparable sales increased 2.5%, the fifth consecutive quarter of comparable-sales growth, and overall net sales rose 1.3% to $4.37 billion, edging out expectations for $4.36 billion. 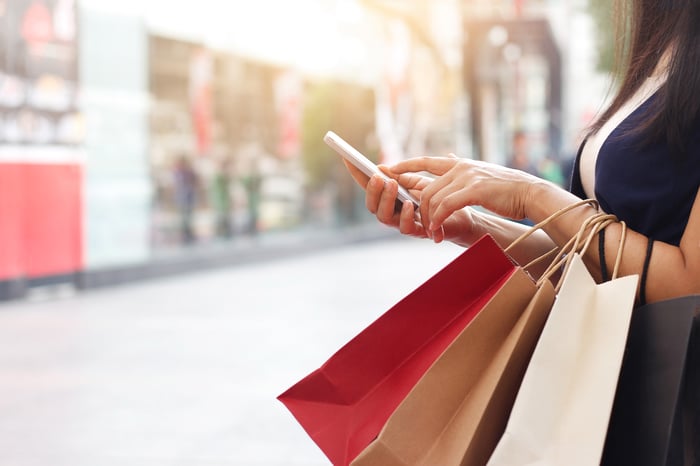 Gross margin increased 25 basis points to 37%, a sign the company is effectively managing inventory and pricing, a contrast with some retailers that have sacrificed profits to grow sales. Increased selling, general, and administrative expenses meant that operating income was essentially flat at $258 million. However, lower interest expense due to a reduced debt burden, and a lower tax rate from the tax reform, drove a surge in earnings per share from $0.70 to $0.98; that figure topped estimates of $0.96.

CEO Michelle Gass summed up the performance: "We experienced strength across our entire apparel business, and our focus on speed to market and inventory management are driving relevancy with our customers, resulting in sales growth, margin expansion, and clean inventory levels. We are executing extremely well in our stores and our digital channels, and our efforts across the company have us well-positioned going into the fourth quarter."

Looking ahead, Kohl's lifted the bottom end of its adjusted full-year earnings guidance from a range of $5.15 to $5.55 to one between $5.35 and $5.55. However, the midpoint continued to undershoot the analyst view of $5.51, indicating that the company is expecting a weaker fourth quarter than analysts were. The market interpreted that as a warning sign, especially after the company beat estimates in the third quarter.

Kohl's is up against tough comparisons in the fourth quarter, after comparable sales jumped 6.3% in the quarter a year ago. But consumer confidence remains strong and the company is executing effectively. Given that, and the stock's cheap valuation at a price-to-earnings ratio of 12.3, today's sell-off seems like a mistake.