Disney has crushed the market over the past 12 months. Here's what helped drive the stock higher.

Walt Disney (DIS 0.73%) stock may not have garnered the same attention many volatile tech stocks have over the past 12 months, but the media company has nevertheless quietly outperformed the market over this time frame. Shares have gained more than 10% as the S&P 500 moved just 3% higher.

Disney stock's outperformance has been well-earned. The company saw revenue, net income, and earnings per share all rise to a record level as the company started executing on its important transition to a direct-to-consumer business model. Looking back on Disney's fiscal 2018, here are some of the most telling takeaways from the year. 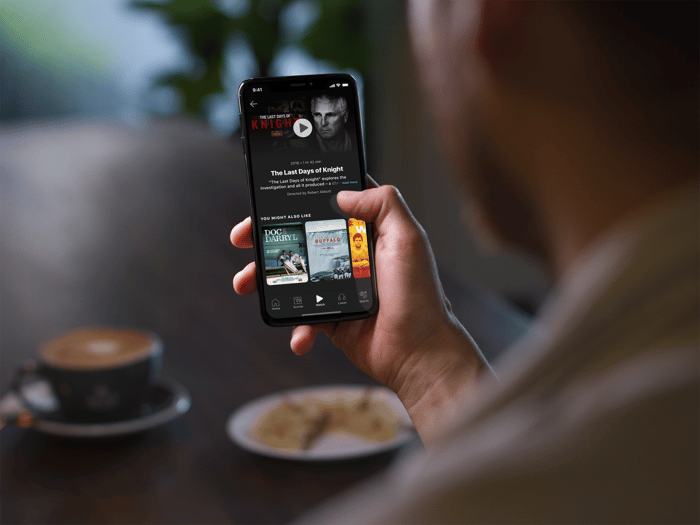 A man using the ESPN+ app on his smartphone. Image source: ESPN.

Disney's fiscal 2018 revenue rose 8% year over year to a record $59.4 billion. This was a welcome change in the direction of Disney's top line after the company suffered a 1% pullback in revenue in fiscal 2017.

Key contributors to Disney's improved profitability in fiscal 2018 were the company's strong performance in its studio entertainment and parks and resorts segments.

"Attendance at our domestic parks was up 4%, and per capita spending was up 9% on higher admissions, food and beverage, and merchandise spending," management said in Disney's fourth-quarter earnings call. "Per room spending at our domestic hotels was up 8%, and occupancy was up 1 percentage point to 85%."

"Our studio results demonstrate once again that our relentless focus on quality, creative excellence, and compelling storytelling can lead to consistently strong financial results," management said in its fourth-quarter earnings call.

Fortunately, Disney wrapped up fiscal 2018 on the upswing when it comes to its media networks business. The segment's revenue for the quarter was up 9% year over year, and its operating income rose 4%.

Disney has an important year ahead of it. Disney CEO Bob Iger laid out the company's biggest priorities for fiscal 2019 in the company's fourth-quarter earnings call:

[T]he successful completion and integration of our 21st Century Fox acquisition and the further development of our [direct-to-consumer] business, which includes adding new content and subscribers to ESPN Plus, gaining majority stake in Hulu and launching our highly anticipated Disney branded service late next year.