The stock market was relatively quiet on Wednesday, with most major benchmarks bouncing slightly from steep the losses that began the week. After seeing declines of almost 950 points on Monday and Tuesday, the Dow Jones Industrial Average endured a modest 1-point drop, as investors tried to decide whether the correction has run its course or still has further to go. Helping to boost the overall mood on Wall Street were earnings reports and other good news from some well-known companies, and Autodesk (ADSK 2.27%), BJ's Wholesale Club Holdings (BJ -2.98%), and Bilibili (BILI -1.47%) were among the best performers on the day. Here's why they did so well.

Shares of Autodesk rose 10% after the company announced its third-quarter financial results. The design software specialist said that recurring revenue jumped by a third compared to year-earlier levels, with sales from subscription plans more than doubling over the same period as the number of Autodesk subscribers climbed above the 4 million mark. The company reversed a year-ago loss with solid profits on an adjusted basis, and Autodesk also announced that it would purchase construction productivity software company PlanGrid for $875 million. The move expands Autodesk's potential relationship with general contractors, subcontractors, and project owners, and investors are excited about the possibility of accelerating sales once the deal closes during the current quarter. 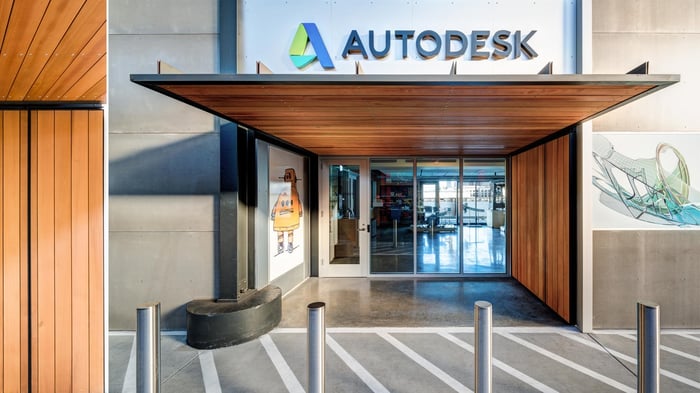 BJ's Wholesale Club Holdings stock jumped 11% in the wake of the company's release of its third-quarter financial report. The Massachusetts-based big-box warehouse retailer said that adjusted net income soared more than 50% from the year-ago quarter, with net sales growing 4% on a 1.9% rise in comparable-store sales excluding gasoline purchases. Membership fee income, which is a key driver of performance for low-margin warehouse retailers, rose 10% from the third quarter of 2017, and attention to costs helped lift operating and profit margin levels substantially. BJ's still lags well behind its industry rivals, but the company's doing well in boosting its presence in the space and making progress toward longer-term growth.

Finally, shares of Bilibili rose 12%. The Chinese online entertainment platform provider said that revenue soared 48% in its third quarter compared to the year-earlier period, with a sizable jump in monthly active users. Paying subscribers tripled to 3.5 million, with mobile games playing a significant role in the rise. Investors are excited about a recent expansion of Bilibili's collaboration with Tencent Holdings, which will now encompass both anime projects and joint operation of Tencent game offerings. Investors liked the results, but Bilibili will have to keep demonstrating its ability to make further progress in order to justify additional share-price gains.