Cyber Monday has become a crucial part of the holiday shopping season even though it's barely a teenager. The term first popped up in 2005 when it was used to describe the online sales that took place on the Monday after Thanksgiving.

Sales that year were modest -- only about $484 million -- but they have steadily grown, coming in at $3.16 billion in 2017, with more forecast for this year. Digital sales in general have become a huge (and still growing) part of the holiday shopping season.

Cyber Monday brings big deals, but it also brings potential pitfalls. You might save money, but you could also make these major shopping mistakes. 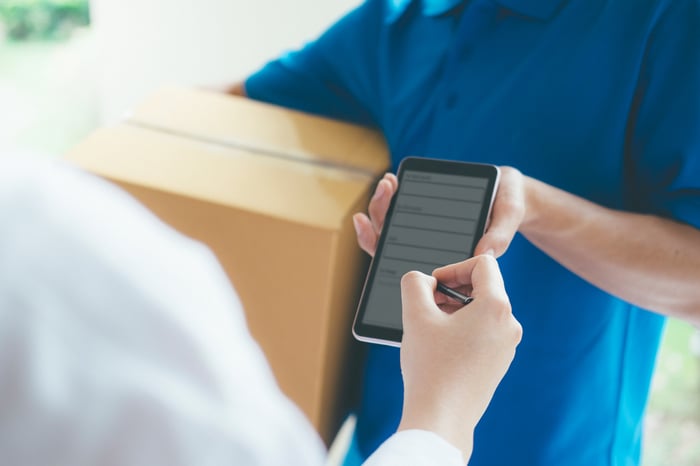 Amazon (NASDAQ:AMZN) makes returns easy, but that does not mean that every retailer does the same. Some have more restrictive policies, where you can only exchange certain items for a version of the same thing. Others just make it hard to get the item back to them. Know what will happen if whatever you order turns out to be not quite what you wanted.

2. Not knowing what you're getting

That low-priced television isn't always exactly what it seems to be. Digital retailers sometimes sell stripped-down versions of popular models that look the same on the outside but have lesser specifications. You have to do your homework and really check the fine print. (In some cases, these lesser models are still good deals because the changes may not be things you care about, such as a TV not having "smart" functionality.)

3. Ignoring the fit of clothes

It's very hard to judge fit when buying online. In general, it's fine to buy another version of something you already own. It's also OK to buy a pair of gloves or a winter coat where the tolerance for something fitting is greater.

You should be careful, though, when it comes to pants, shirts, and undergarments. If you do see a deal you can't pass up, make sure that you know the return policy in case the item doesn't fit.

When you see that coffeemaker or cooking gadget you always sort of wanted, selling at 60% off, it may be hard to pass up. Try to only buy things that are on your shopping list -- and that fit your budget. Amazon may have the best price you've ever seen on a 60-inch television, but remember that you're spending, not saving, when you buy something you don't need.

Holiday shopping (at least successful holiday shopping) requires discipline. It's easy to get sucked up into the moment and buy a bunch of stuff just because it's inexpensive. That's a terrible idea that can have lasting post-holiday ramifications.

Plan your spending and do research before you buy. And stick to your budget no matter how tempted you get.