On a quiet day for the market, these companies had big news sending shares higher.

The day after Thanksgiving is typically a quiet one for the stock market, but this Black Friday had more than its share of news for investors to digest. The big issues came from the oil markets, where crude prices plunged almost $4 to below $51 per barrel, its lowest levels of the year. That had a negative impact on Wall Street, as most major benchmarks suffered modest declines. Yet amid the uncertainty, some notable good news also came from a select set of companies. Rockwell Collins (COL), Overstock.com (OSTK 0.77%), and Diana Shipping (DSX -0.98%) were among the best performers on the day. Here's why they did so well.

Rockwell finally gets its deal done

Shares of Rockwell Collins jumped 9% after the industrial company received approval from Chinese authorities for its proposed merger with United Technologies. United had made its $30 billion acquisition bid for Rockwell last fall, with the goal of further expanding its aerospace business to include Rockwell's focus on avionics, flight controls, and interiors. Yet the proposed merger had languished under regulatory scrutiny, and many had feared that trade tensions between the U.S. and China would end up killing the acquisition. Today's news pushed things forward, and United Technologies now expects to close on the deal early next week. 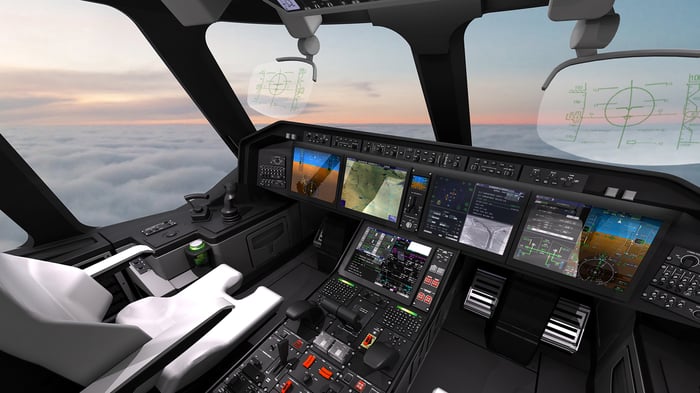 Overstock gives up the retail ghost

Overstock.com stock soared 23.5% in the wake of a major strategic shift from the company. Known best for its namesake e-commerce website, Overstock decided to move forward with efforts to sell off that business in favor of pursuing technology related to blockchain. Having long failed to gain much traction in the internet retail industry despite the overall growth of e-commerce, Overstock CEO Patrick Byrne saw a lot more potential traction from the promising moves it's made into blockchain technology. With cryptocurrencies having plunged from early 2018 levels, some might worry about Overstock's sustainability, but the move seems like a reasonable effort to pivot toward a business with at least a marginally better chance of long-term success.

Finally, shares of Diana Shipping picked up 8%. The dry-bulk shipping company said that it would buy back stock through a tender offer to current shareholders, offering to buy up to 4.17 million shares for $3.60 per share. That's 15% higher than where Diana stock was trading prior to the offer, and investors took it as a sign of confidence from the shipping company about its future. However, shareholders should understand that the offer applies to less than 4% of its current outstanding shares, which explains why the stock hasn't climbed closer to the $3.60 offering price.