The game maker just released one of the best games ever made. Should you buy the stock?

Video-game stocks have been taken to the woodshed over the last few months among the broader market sell-off. There's been an overhanging concern that the most popular game in the industry right now -- Fortnite, with its 125 million registered players -- might be dampening demand for top franchises from the likes of Take-Two Interactive (TTWO 0.39%), Activision Blizzard (ATVI -0.71%), and Electronic Arts (EA -1.50%).

Activision and EA issued a disappointing outlook for the short term last quarter, and those stocks are now down more than 30% over the last three months.

Take-Two is one game company that hasn't disappointed investors lately in terms of business performance. The company reported a solid second quarter and raised its full-year guidance. The October release of the highly anticipated Red Dead Redemption 2 brought in over $725 million in revenue in its first three days after launch, and it has sold 17 million units worldwide through the first week of November. 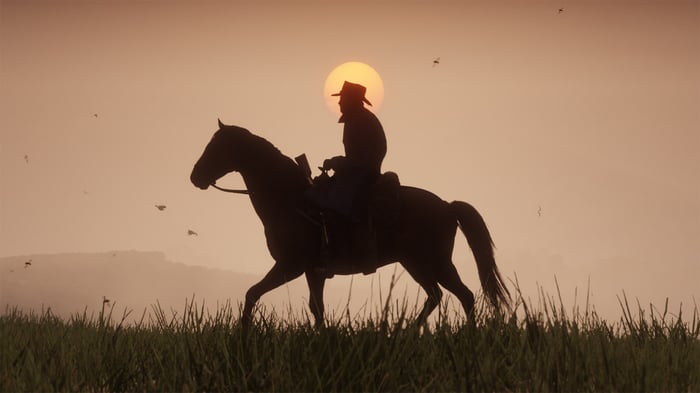 For the time being, it appears Take-Two is Fortnite-proof. Let's take a deeper look to see if this is a good opportunity to buy the stock.

It's a banner year

Management expects to report a record year for fiscal 2019 (which ends in March). That's not just because of strong sales of Red Dead 2 but also strong performance from other franchises, such as outperformance of the Grand Theft Auto (GTA) franchise and record engagement of NBA 2K.

Take-Two has been here before. When GTA V launched in fiscal 2014, the company generated record sales and free cash flow of $2.35 billion and $670 million, respectively. But the next year, after the initial spurt of GTA V sales were over, sales plunged 54% to $1.08 billion.

Take-Two shares traded for about 3 times free cash flow in 2014, whereas shares currently fetch a price-to-free cash flow multiple of about 17 based on management's fiscal 2019 guidance. Investors are willing to pay more for the stock today because the industry's prospects look bright, and Take-Two is more diversified compared to five years ago, which bodes well for long-term growth.

Currently, Wall Street analysts expect Take-Two to report $2.97 billion in non-GAAP revenue for fiscal 2019, while revenue is expected to decline 4.4% in fiscal 2020. This is nothing like the fall-off in revenue in fiscal 2015. These estimates reflect the expectation that Take Two's greater diversification across GTA V, Red Dead 2, growth in the NBA 2K franchise, revenue from esports, in-game spending, and mobile games can mostly maintain the record sales volume expected to occur this year.

How long will GTA V deliver?

One explanation as to why analysts expect revenue to decline next year is that GTA V is a five-year-old game, and sales of the game could begin to moderate as players transition to spending more time with Red Dead 2.

Red Dead Redemption 2 is a Western action game developed by Rockstar Games -- the same studio that makes Grand Theft Auto -- so both games have almost the same feel and design, but different settings. Red Dead 2 is Rockstar's first game made for current-generation consoles, so it represents the most advanced state of game-making that Rockstar is capable of currently.

Management expects the Rockstar label to generate 60% of non-GAAP revenue in fiscal 2019, which mostly comprises revenue from two games -- Red Dead and GTA. Take-Two plans to continue supporting GTA with additional content, which was credited for the game's outperformance in the last quarter, so it's possible that GTA V could continue performing better than expected. Still, it's anyone's guess how long the five-year-old game will continue attracting players.

There are better deals

Long term, I expect Take-Two to grow revenue as the company potentially launches new franchises and grows its advertising revenue in esports with NBA 2K League. There's also the potential for further tack-on acquisitions, such as the purchase of mobile game developer Social Point in 2017. Of course, the extra revenue and free cash flow the company generates from sales of Red Dead Redemption 2 can help facilitate the investment in new game development and other initiatives.

However, the dilemma for investors right now is that Take-Two currently trades for about the same multiple of expected free cash flow and earnings as industry leaders like Activision Blizzard and Electronic Arts. These companies are much more diversified and are expected to grow revenue next year, unlike Take-Two.

The recent market sell-off has shuffled the deck of video-game stock prices to the point where I don't think Take-Two is the best buy in the industry at the moment. Here's a comparison of the top three U.S.-based game companies and how they compare on the price-to-sales ratio:

Between current valuation and growth prospects for the near-term, I think Activision and EA are the better deals for investors right now.