The advertising giant drops the ball on the busiest shopping day of the year.

Facebook (META -1.19%) was expected to capture 18% of all digital ad spending from U.S. retailers during the long Black Friday to Cyber Monday weekend, according to a survey by advertising software firm Nanigans. Facebook was ranked second behind Alphabet's (GOOG -3.29%) (GOOGL -2.75%) Google, which was expected to capture 35% of that spending, but remained slightly ahead of Amazon's (AMZN -8.43%) forecasted 15% share.

Unfortunately, Facebook fumbled during the crucial shopping weekend with various outages across its ad platforms. The outages lasted for hours at a time and affected ads on Facebook, Messenger, and Instagram. The company stated that its existing ads were delivered, but admitted that it was facing "intermittent" issues that prevented advertisers from creating or editing new ad campaigns. Advertisers also complained that they couldn't reach Facebook's support team during the holiday weekend. 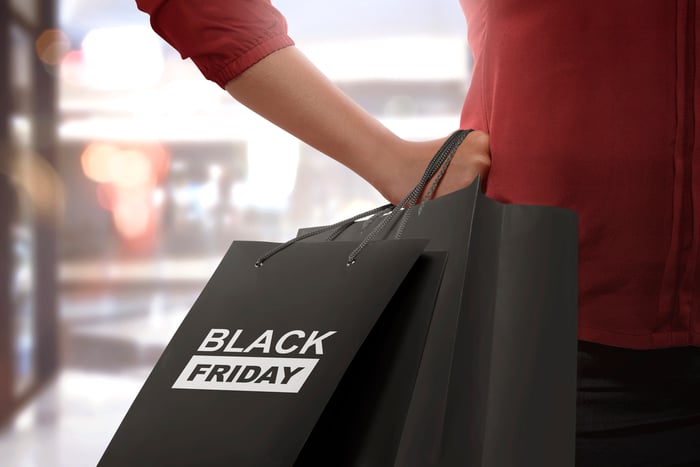 This is another embarrassing setback for Facebook, which generates 99% of its revenue from ads but faces a growing list of concerns about its management, data usage policies, and security problems. And it could be a golden opportunity for Amazon, which is leveraging its position as the leading e-commerce player to sell ads across its websites and hardware devices.

Why Facebook's pain is Amazon's gain

According to Nanigans CEO Ric Calvillo, nearly half of U.S. consumers start their product searches on Amazon. Since Amazon's visitors are at the site to shop, it makes sense for companies to directly advertise their products across its network. 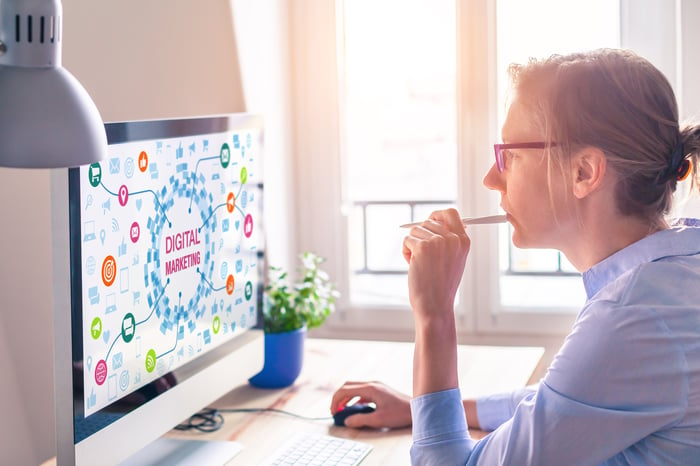 Amazon uses targeted ads, but they are mainly based on a shopper's browsing history or past purchases instead of the more personal data used by Facebook and Google. Therefore, many advertisers and consumers likely consider Amazon's ads to be less invasive (but more effective) than Facebook's or Google's targeted ads. That's probably why some advertisers reportedly shifted over half of their Google advertising dollars to Amazon this year, according to a recent CNBC report citing two media agencies.

For the full year, eMarketer expects Amazon's U.S. advertising revenue to surge 145% annually to $4.6 billion, which would give it a 4.1% share of the U.S. digital ad market and put it in third place behind Google and Facebook. Meanwhile, Nanigans' more recent survey and Facebook's recent problems indicate that eMarketer's forecast could be too conservative.

The growth of Amazon's advertising business threatens both online ad platforms like Facebook and traditional retailers, because it can bundle its retail and advertising services. For example, it already bundles its ad products -- like sponsored product placements, headline search ads, and product display ads -- with its "Amazon Stores" (which are linked to brand-specific URLs). That strategy locks in retailers and widens its moat against rival online ad platforms.

Amazon doesn't disclose exactly how much revenue it generates from ads per quarter, but its "other" revenue (from Amazon Advertising and other smaller businesses) surged 122% annually last quarter and accounted for 9% of its top line. Looking ahead, the growth of Amazon Advertising will likely be a top priority, since it would become a second high-margin business alongside its cloud platform, Amazon Web Services (AWS). The growth of those two higher-margin businesses would boost its profitability and offset the lower margins at its online marketplaces. 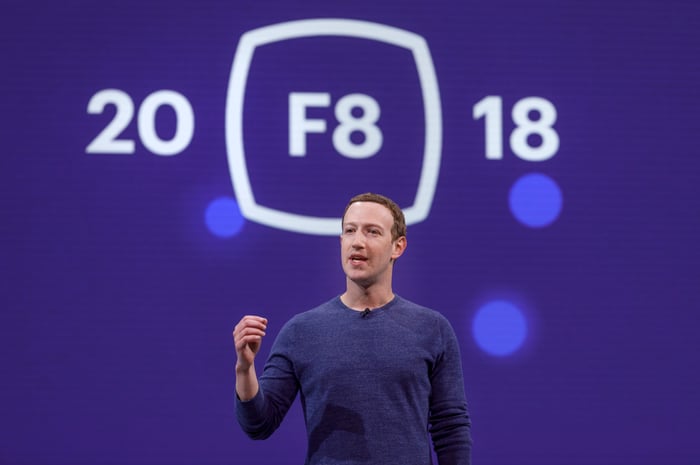 Facebook's problems have piled up over the past two years. The Cambridge Analytica scandal and other data breaches tarnished its image, and its attempts to tether news sites to its platform resulted in the proliferation of fake news stories. A recent report by The New York Times revealed a disheartening lack of accountability and corporate ethics from CEO Mark Zuckerberg and COO Sheryl Sandberg. And major executive departures -- including the loss of its security chief and the founders of Instagram -- cast a cloud over its future.

Some Facebook investors, including myself, still think that the company has great long-term growth potential and that its stock looks cheap. Unfortunately, Facebook's Black Friday fumble indicates that it couldn't get its act together on the busiest shopping weekend of the year. If Facebook keeps making huge mistakes like this, it could be overtaken by Amazon as the second-largest ad platform in America.