Investors need to pay close attention to these comments.

It's well known that chip giant Intel (INTC 3.21%) is unable to meet all of the demand for its products. In fact, during the company's Oct. 25 earnings call, CFO and interim CEO Bob Swan told investors that its Internet of Things group and the low end of the PC market would be "constrained" as the company focuses production on its Core processors for PCs and its Xeon processors for the data-center market.

At the recent Credit Suisse TMT conference, Swan dove deeper into the company's current supply situation. Let's see what he had to say. 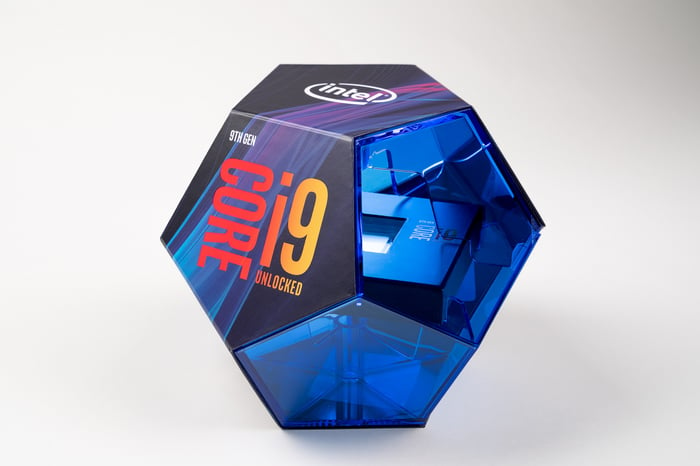 Swan was candid that "during the course of the year, fundamentally, we missed the mark on growth."

"Our growth rate for the year is -- as I said already, we're going to be growing for the year in the teens," Swan said. "We were looking at mid-kind of single-digit growth when we started the year."

The executive cited the fact that the growth rate in its data-center group turned out to be twice Intel's expectations as a driver of that shortage. He also said the PC processor business, "with its larger die sizes, consumes more capacity." Intel's PC processors have been getting bigger as the company adds more cores to those chips to boost performance.

And in the PC market, it's not just that the chip sizes continue to grow. In a Sept. 28 update, Intel also cited the "surprising return to PC [total addressable market] growth" as something that "has put pressure on our factory network."

Intel had previously expected to start mass-producing processors using its 10nm technology in the second half of 2018. However, Intel pushed out that plan to ramp up production into 2019, when it announced its earnings results in April, and then on the July earnings call said that "we expect systems on shelves for the 2019 holiday season."

Swan blamed the shortage, in part, on the push-out of its 10nm production ramp-up.

"And with the push of 10nm going out a little bit, the supply that we were counting [on] coming from 10nm was not actually going to happen," the executive admitted.

How is Intel tackling the problem?

"[We've] done a variety of things to get to the position where we can unequivocally say to our customers that we will be constraining your growth," Swan stated.

Here's what he had to say about those actions:

So we spent a billion and a half more capital this year to ramp more 14nm capacity. We've redeployed some of our 10 nm equipment that we had back to 14nm. So we're getting more output and we're tackling the constraint problem to make it go away as quickly as we possibly can.

What's also interesting is that Swan said that the company is trying to "work with our customers to see through what's real demand versus what's trying to hoard inventory."

Indeed, the executive pointed out that last quarter, Intel's "output grew by 6%" even though "the real fundamental growth of the PC [total addressable market] in the third quarter was really 1% to 2%."

"So, when that happens -- when there's that gap between market consumption and growth rate, 2% and 6% -- you've got to make sure you're not getting out over your skis and not just filling the channel," the executive explained.

I'm expecting that we'll get even more insight into how much progress Intel is making in tackling these supply issues when it next reports earnings, which should be in late January based on Intel's past fourth-quarter earnings releases.