Accusations that the company's apps are committing fraud have sent the stock plummeting.

Shares of Cheetah Mobile (CMCM 4.39%) tumbled on Tuesday after the mobile app company responded to allegations laid out in a BuzzFeed article published on Monday. The article accused some of Cheetah Mobile's Android apps of exploiting user permissions as part of an ad fraud scheme. Cheetah Mobile said in a press release that it was investigating the allegations. The stock was down about 32.2% at 3:15 p.m. EST.

App analytics and attribution company Kochava found that eight Android apps have been exploiting user permissions, potentially stealing millions of dollars in an ad fraud scheme. Those apps have more than 2 billion aggregate downloads, and seven of them are owned by Cheetah Mobile. 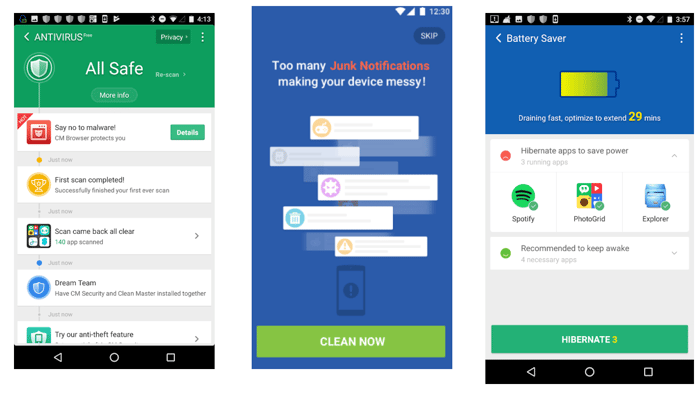 The scheme involves these apps tracking when users download new apps and claiming credit for the install despite playing no role. App install fees paid by developers would then go to the owners of the app claiming to be responsible for the download.

Cheetah Mobile said that it was talking with software development kit (SDK) providers to investigate the allegations. "The Company is committed to preventing any SDKs integrated in its apps from engaging in inappropriate activities and will suspend the business cooperation with any SDK providers if they are found to be engaging in fraudulent activities," the company said in a press release.

However, BuzzFeed claims that the SDK involved in the scheme is owned and developed by Cheetah Mobile. The company denied that its SDKs were involved when presented with that information.

If Cheetah Mobile's apps are engaging in fraudulent activities, they could potentially be removed from the Google Play Store. Utility products, which include the accused apps, accounted for the majority of Cheetah Mobile's revenue in its latest quarter. The company's gaming business, which is growing much faster, doesn't appear to be involved.

After Tuesday's sell-off, shares of Cheetah Mobile are down 84% from their all-time high reached in 2015.