Please ensure Javascript is enabled for purposes of website accessibility
Log In Help Join The Motley Fool
Free Article Join Over 1 Million Premium Members And Get More In-Depth Stock Guidance and Research
By Lee Samaha – Nov 29, 2018 at 8:19AM

America's largest industrial company has set itself long-term growth targets that it might find hard to achieve.

When management speaks, investors listen, and when it gives long-term guidance, the first thing investors do is bake the numbers into their valuations of the stock. With this point in mind, it's worth taking a close look at what 3M (MMM -1.60%) management just outlined for the next five years. Given the stock's current premium valuation, it's important for 3M to hit its guidance, and it looks like that might be a big   ask.

Let's start by comparing the current 2019-2023 guidance with the 2016-2020 guidance given in the spring of 2016. As you can see below, on a total company basis, the current five-year outlook is pretty similar to that given a couple of years ago. There are some differences on a segment level, but the key segments to focus on, namely healthcare and consumer, have pretty similar outlooks.

It looks good from an organic growth perspective, and it gets better when you go into the details of the 2019-2023 plan:

So on a superficial level, investors are looking at a Dividend Aristocrat (3M has increased its dividend every year for six decades) aiming for double-digit earnings growth, with margin expansion prospects, and currently sporting a 2.6% dividend yield. All of these factors are likely why 3M trades at a valuation premium to its peers. 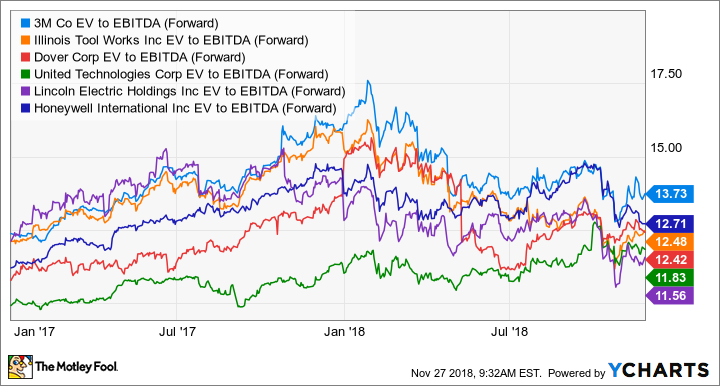 However, the justification for the premium rating and the guidance above needs to be questioned. There are seven reasons why.

First, the company's recent track record versus its full-year guidance hasn't exactly been great. As you can see below, the U.S. industrial recession of 2015-2016 hit 3M's sales growth hard, and it's only in the recovery year of 2017 that the company exceeded the high point of its initial full-year guidance.

Second, as you can see in the table above, this year has proved to be a disappointment so far for 3M, with growth set to come at the low end of initial guidance -- not an impressive performance in a year when U.S. industrial production is expected to grow at 3.7%, compared with 1.6% in 2017.

Third, it's worth noting that the guidance for 2019 calls for 2% to 4% organic local-currency growth. In other words, based on the midpoint of guidance, 3M expects to start the first year of its five-year plan with sales at the low end of its 3%-to-5% long-term range.

Fifth, if 3M is going to expand gross margin and hit its sales growth targets, then it's going to have to demonstrate it can grow organic volume and organic price at the same time. Performance in recent years suggests that it's a trade-off between volume and pricing. In other words, 3M's products may not have the pricing power necessary to grow sales and margin. 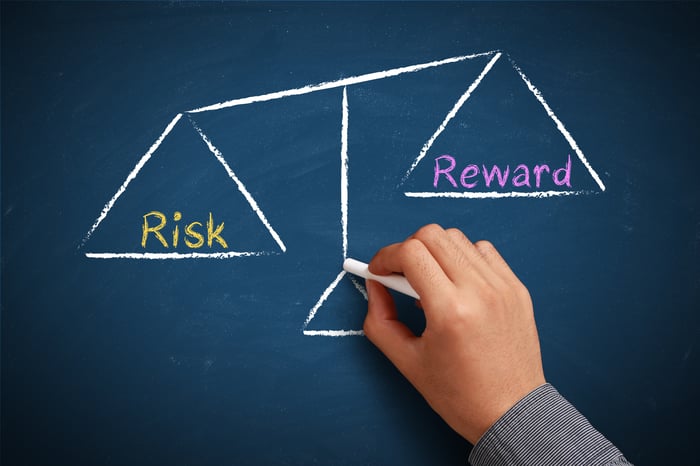 Sixth, the healthcare and consumer segments have consistently underperformed the 2016-2020 targets. This is disappointing in itself, but consider that healthcare is 3M's least-cyclical segment, and economic growth is set to slow next year. In other words, 3M's cyclical businesses --- electronics and energy, and industrial (both have significant automotive exposure) -- could come under pressure in 2019, so 3M will need healthcare to perform better.

Seventh, let's focus on the consumer segment. Around 30% of the segment's sales come from its stationery & office supplies business, and the problem here is that its traditional customers appear to be facing structural challenges as the industry moves online. Moreover, any slowdown in the housing market will hurt 3M's construction and home improvement business -- they represent 42% of consumer segment sales.

3M is a company with an admirable track record of generating returns for investors, and if you are looking for a relatively safe dividend with a management team committed to increasing it, then 3M is a good choice for income-focused investors.

On the other hand, its earnings guidance looks optimistic given ongoing underperformance of its healthcare and consumer segments and some possible pressure on its cyclically aligned segments (electronics & industrial ) in 2019. Given the lofty valuation, there's little room for error going forward. On a risk/reward basis, the stock is worth avoiding.