Earnings "beat" estimates -- but perhaps not for long.

Shares of teen retailer Tilly's (TLYS -2.75%) dropped deeply on Thursday -- and they remain down 21.4% in the closing 10 minutes of trading -- after reporting a small earnings beat of $0.24 per share (pro forma), versus consensus expectations for $0.23, but a bit of a sales miss. 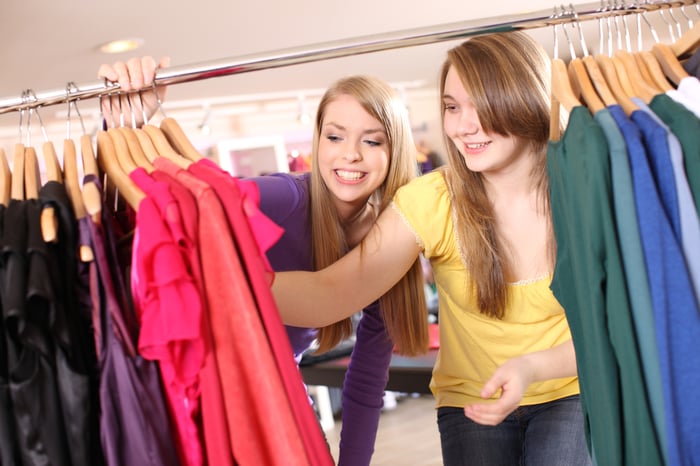 Stock shoppers may not be finding what they like at Tilly's today. Image source: Getty Images.

Tilly's management tried to put a brave face on the news, with CEO Ed Thomas exulting:

Thus, even with a smaller tax bite this quarter than in the year-ago quarter, net profits ended up plunging 30% to just $0.21 per diluted share (GAAP).

Looking ahead, Tilly's guided investors to expect Q4 sales of between $163 million and $168 million -- roughly in line with the $165.1 million that Wall Street is expecting to see. The problem is, it's earnings that are expected to fall short next time around, with Tilly's forecast earnings per diluted share of $0.22 to $0.26 missing Wall Street's mark. (The Street is looking for $0.28, you see.)

The long story short is that guidance was too weak for Wall Street's tastes, and that's why the stock is down despite a Q3 "earnings beat."