Investors have concerns about the company acquiring Jack Wolfskin.

Shares of Callaway Golf (MODG -1.32%) are getting crushed today, down by 13% as of 11:15 a.m. EST, after the company announced it would be acquiring Jack Wolfskin in an expansion into outdoor apparel. Investors are clearly skeptical about the deal.

Callaway has agreed to pay 418 million euros for Jack Wolfskin, which translates into approximately $476 million based on an exchange rate of 1.14 euros per U.S. dollar. Based on that same exchange rate, Jack Wolfskin generated $380 million in revenue last fiscal year, and the purchase price values the company at 12 times fiscal 2018 adjusted EBITDA of $40 million. 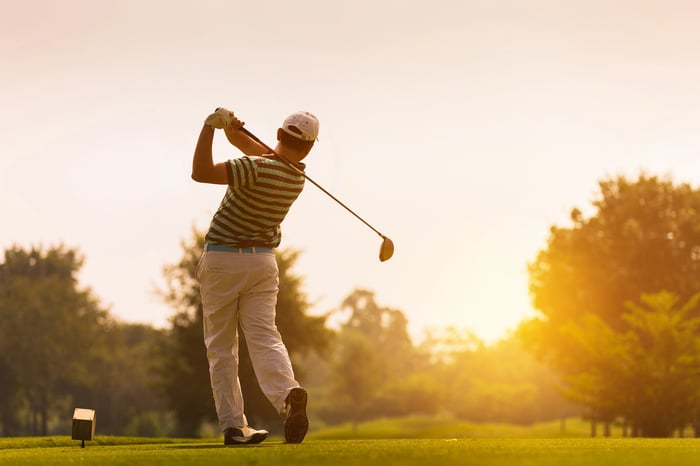 Callaway has been expanding into the active lifestyle category after acquiring TravisMathew and Ogio last year, and Jack Wolfskin is the latest addition to the portfolio.

"We are very excited to welcome the Jack Wolfskin brand into the Callaway portfolio," CEO Chip Brewer said in a statement. "Jack Wolfskin is a premium outdoor brand with tremendous international reach, being a leading brand in the European market and having a substantial presence in China. It also helps Callaway expand its presence in the high-growth, active lifestyle category."

Callaway believes Jack Wolfskin sales will be roughly flat in fiscal 2019, with non-GAAP earnings per share expected to be $0.06 dilutive in the first year before becoming accretive in the second year. Jack Wolfskin EBITDA is expected to reach $50 million within three to four years, and Callaway says the deal will boost EBITDA margins in the long term.

Callaway is financing the deal with a $476 million term loan facility, and expects the deal to close in the first quarter of 2019.