Shares of Sprouts Farmers Market (NASDAQ:SFM) were falling today after the organic supermarket chain said CEO Amin Maredia was leaving the company at the end of the year to pursue other interests. The news came as a surprise to investors, who sold off the stock on the impending uncertainty in the leadership post. Sprouts shares were down 14.2% as of 11:12 a.m. EST. 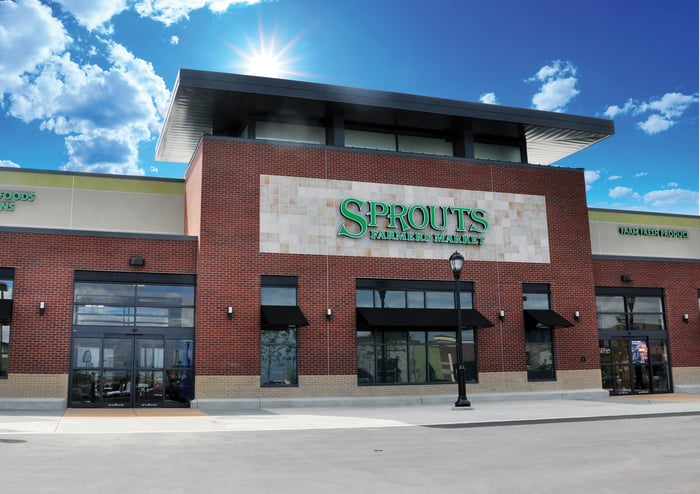 Maredia has led the natural-foods grocer since 2015 and served as its CFO for four years before that, a period that included Sprouts' 2013 IPO. The stock has essentially traded sideways since Maredia took over as chief, as the company has had to contend with falling food prices as well as Amazon's entry into the market through its Whole Foods acquisition. Despite the stock's underwhelming performance, Sprouts has consistently delivered comparable sales growth, a sign of effective management, and it continues to open new stores.

In Maredia's place, COO Jim Nielsen and CFO Brad Lukow will serve as co-interim CEOs until a permanent replacement is found. Maredia will remain in an advisory role until a successor is named. Chairman of the Board Joseph Fortunato said: "Over the past three years, Amin has overseen our tremendous growth from coast to coast and put us on a firm footing for continued success. While we search for a new CEO, the Board has deep confidence in Jim and Brad to continue executing the Company's strategic initiatives, driving shareholder value and delivering on our mission of 'Healthy Living for Less.'"

It's sometimes a warning sign when a CEO leaves suddenly without good cause, though that doesn't seem to be the case here. Maredia is only 46, which seems too young to retire, but he may simply be interested in doing something else in his career. Nielsen and Lukow combined have 10 years of C-level experience with the company, so Sprouts should be in capable hands for the moment.

In its third-quarter report, Sprouts' comparable sales increased 1.5%, and earnings per share was up 26%, so Maredia is leaving Sprouts on solid ground. Given Sprouts' stability, the double-digit sell-off looks like an overreaction. Shares could bounce back when a new CEO is named.