Jordan Wathen, Dan Caplinger, and Matt Frankel
(TMFValueMagnet)
Author Bio
I think stock investors can benefit by analyzing a company with a credit investors' mentality -- rule out the downside and the upside takes care of itself. Send me an email by clicking here, or tweet me.
Follow @jwthn

Over the past decade, banks have cleaned their books of bad loans, added more capital to their balance sheets, and positioned themselves to benefit from rising rates. The improvements haven't gone unnoticed. Last quarter, Warren Buffett, easily the greatest investor of all time, plowed several billion dollars into the largest U.S. banks, giving his stamp of approval to just about every big bank on the market. 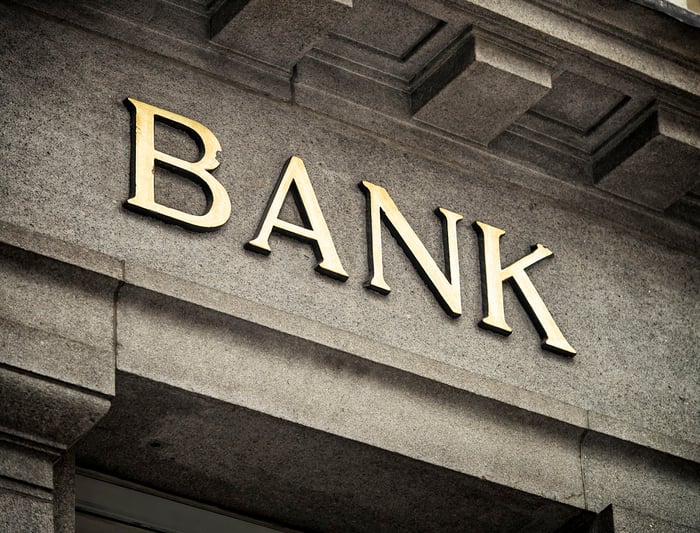 Jordan Wathen (Bank of America): It's hard to dislike the prospects of the largest U.S. banks, and with shares trading for about 10 times earnings, Bank of America is arguably one of the best buys on the market right now.

In the 10 years since the dawn of the financial crisis, Bank of America has cleaned up its balance sheet, bolstered its capital base, and eliminated expenses by closing and selling off less productive branches. The results have been fantastic. Its efficiency ratio has steadily declined, with the bank spending just 57% of net revenue on noninterest operating expenses, well below the 60% threshold considered to be the hallmark of a "good" banking institution.

Even after the "Trump bump" rally, shareholders could still realize a double-digit return, powered almost purely by the bank's attractive valuation and its ability to return a substantial portion of its earnings power to shareholders with dividends and repurchases. Bank of America shareholders would be plenty happy with returns even if its earnings simply stagnated from here, an attractive proposition when so many stocks are priced for growth.

Why not just buy them all?

Matt Frankel, CFP (Financial Select Sector SPDR ETF): When Warren Buffett-led Berkshire Hathaway recently revealed its portfolio activity from the third quarter, there was one unmistakable theme. The Oracle of Omaha and his team bought a ton of bank stocks, initiating stakes in JPMorgan Chase and PNC Financial and adding to four existing bank investments for a total investment of well over $10 billion.

While we don't know for sure exactly why Buffett and his team bought so many bank stocks, here's what we do know:

Bank stocks as a whole have underperformed the market in 2018 by about eight percentage points. This is despite soaring earnings -- banks were one of the biggest beneficiaries of tax reform -- and a strong economy that has produced excellent loan and deposit growth with generally declining charge-offs and delinquencies. And as interest rates continue to rise, bank profit margins should expand, especially if rates begin to rise more on the long-term end of the yield curve as well.

While it isn't practical for many investors to buy six different bank stocks right now, if you agree with Buffett's bullish sentiment, it could be a smart idea to invest in the banking sector as a whole. One great way to do this is with the Financial Select Sector SPDR ETF, which is an exchange-traded fund that invests in the financial sector. This way, you can benefit from overall strong bank performance without relying too heavily on any individual bank's results.

A bank stock with a stamp of approval

Dan Caplinger (PNC Financial Services Group): When investors think of big banks, PNC Financial typically isn't the first name to come to mind. The Pittsburgh-based regional bank has a portfolio of more than $223 billion in loans and almost $265 billion in deposits, and it's seen impressive results lately.

In its most recent quarter, PNC saw net income jump by 24% to $1.4 billion, and it's built up strong credit quality throughout the recovery from the financial crisis a decade ago. Shareholders like the stock because of its 2.8% dividend as well as the bank's commitment to returning capital to investors through stock repurchases, which totaled almost $1 billion in the third quarter of 2018 alone.

The most recent sign of confidence in PNC Financial came from none other than the Oracle of Omaha himself. As Matt noted above, Warren Buffett's Berkshire Hathaway has made huge bets in the financial industry, raising his total holdings in the sector to more than $86 billion.

Buffett just added PNC for the first time in the third quarter, and although the roughly 6-million-share position isn't close to Berkshire's biggest, it still indicates a strong belief that PNC will share in the successes of the many larger bank names in the overall portfolio. With solid fundamentals and an up-and-coming attitude that indicates just how hungry it is to join the ranks of the biggest banks in the country, PNC looks like a good deal now and warrants further attention in the future.