Already the world's biggest distiller, Diageo only wants to sell the best.

Offloading its portfolio of value spirits brands won't change much at Diageo (DEO -0.74%), as the division represented just a small portion of the distiller's nearly $16 billion in total sales. The transaction, however, will transform Diageo into virtually an exclusive distiller of premium spirits.

As the world's largest distiller, the U.S. is Diageo's biggest, most important market, but it has lagged behind other countries so the transaction will allow the company to focus more intently on returning the region to growth. 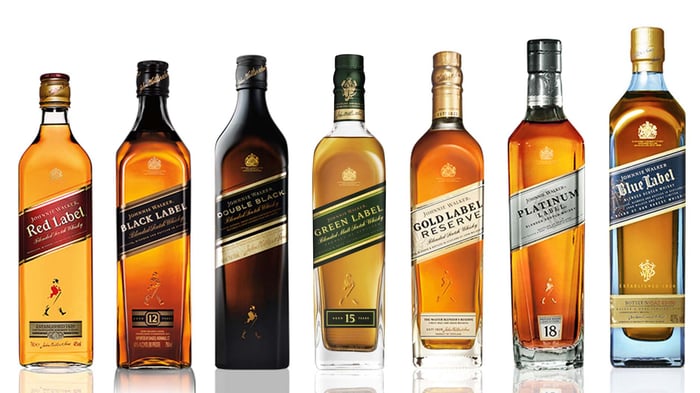 Notably excluded from the sale, however, is Seagrams 7 Crown, an American blended whiskey, suggesting it doesn't want to totally abandon the U.S. value whiskey market, which is still growing, albeit at rates far less than those recorded in the premium and above markets.

Diageo also entered into a supply contract with Sazerac to manufacture five of the brands for 10 years. The others will transition over within a year of the deal's closing, which is expected early in 2019. The proceeds from the sale will be returned to shareholders through a share buyback when the deal is completed.

The U.S. represents over a third of Diageo's net sales and almost half of its operating profits, but organic sales rose just 4% in the fiscal year that ended in June, some of the slowest growth recorded in any of its markets. That came mostly from its premium whiskey brands including Johnnie Walker, Crown Royal, and Buchanan's, as scotch whisky accounts for a quarter of Diageo's consolidated revenue.

Yet as much as Diageo leans on whiskey for growth, the distiller is also heavily invested in premium vodka under brands such as Ciroc, Ketel One, and Smirnoff, which it considers one of its global giants. Vodka, which accounts for 12% of sales, has been the primary drag on its performance and was the only segment not to record growth last year.

Coupled with the drag from the value portfolio, Diageo has seen its performance weaken, and its shares are up only 1% in 2018.

Yet it makes sense for Diageo to concentrate on the high end of the liquor trade. As the Distilled Spirits Council's chief economist, David Ozgo, noted, "Adult consumers, particularly millennials, continue to gravitate toward high-end and super premium spirits products." Revenue and volumes across both of those price points were strongest.

Over time, Diageo has concentrated its operations on the premium and above segments, which account for two-thirds of its revenue. It has sold off most of its wine portfolio; its stake in Desnoes & Geddes, the maker of Red Stripe beer; and its Gleneagles resort. At the same time, it has been acquiring premium and above brands such as De Leon, Don Julio, and Casamigos tequila; Ciroc vodka; and earlier this year, the premium aperitif Belsazar.

Today, Diageo's primary portfolio is represented by six global brands that account for 41% of total net sales; seven "local stars" that are popular in different markets, representing 20% of sales; and a dozen above-premium "reserve" brands that comprise another 16% of sales. Getting rid of the value end of its portfolio, which is only a fraction of total sales, makes sense.

Premiumization in spirits is a global trend and this sale cements Diageo's position at the top.