Penny stocks are lottery tickets you can buy with your brokerage account. Though the occasional few -- very few! -- may turn out to be record-breaking performers, the vast majority live on life support between the rare pump-and-dump scams that send their stock price soaring, but only for a brief time.

If you took a randomly selected penny stock, you'd likely land on a company that in the last 10 years has been involved in everything from pharmaceuticals to mining for gold, lists a P.O. box as the address for its headquarters, and has only bothered to file a couple of annual reports.

OK, so that may be a little too harsh, but the fact is that scams, frauds, and sketchy businesses make up a disproportionate number of penny stocks.

The other end of the investing spectrum from penny stocks

Dan Caplinger (Berkshire Hathaway): If you had to come up with the ultimate antithesis of a penny stock, Berkshire Hathaway would have to be your first pick. With a price tag currently topping $300,000 per share for its Class A stock, Berkshire's as far from penny status as you can get. Moreover, CEO Warren Buffett is the categorical opposite of a pump-and-dump penny-stock shyster, emphasizing investments based on intrinsic value rather than stock-price hype and focusing squarely on long-term prospects. 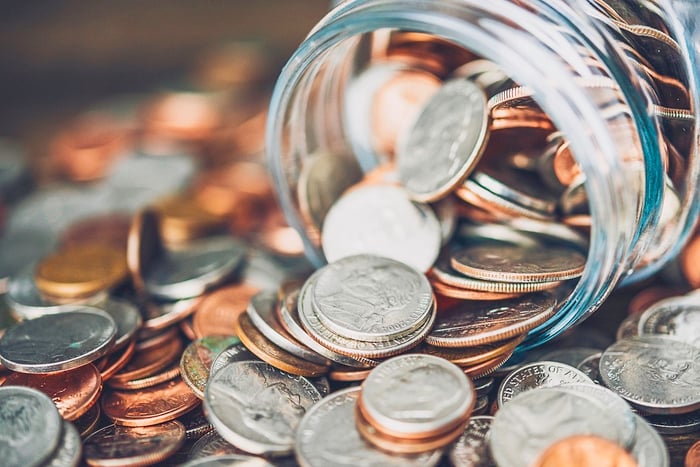 Fortunately, you don't have to be a millionaire to buy more than a few shares of Berkshire Hathaway. The company created a second class of stock, Class B shares, that has a much lower price point for investors getting acquainted with the company. With each Class B share currently fetching a little over $210, Berkshire's within reach for most investors.

The stock just got a bump recently when Berkshire announced its first stock buybacks in several years. Buffett isn't aggressive with repurchases, preferring to deploy capital toward buying other businesses. Yet the buyback signals that Buffett thinks that Berkshire's intrinsic value is well above the current price of the stock. Don't kid yourself: Berkshire won't give you any chance at all to see 1,000% gains in a matter of weeks. But you also don't have to worry about losing all your money in a similarly short time, and Berkshire's fundamental prospects look stronger than ever.

Matt Frankel, CFP (Goldman Sachs): Buffett and his stock-picking team loaded up on bank stocks and increased several of Berkshire Hathaway's bank investments. But with a 38% increase in the stake, investment banking giant Goldman Sachs was the bank stock Buffett added the most to (on a percentage-increase basis) during the third quarter, and this comes on the heels of another buy earlier in 2018.

Despite Buffett's positive sentiment as well as some pretty strong business results, Goldman has been a big underperformer in 2018. The stock has lost more than 21% this year, dramatically lagging the S&P 500's 2% gain.

There are a few reasons for the poor performance. Goldman's trading revenue, which is the bank's largest business segment and has historically been a strong point, has been rather weak in recent quarters. And it was recently revealed that Malaysia is trying to recoup $600 million in fees it paid to Goldman in connection with a bond investment fund gone bad.

However, it's important to stress that these are temporary headwinds. Trading revenue is much less predictable than, say, fee income. So I'm not terribly concerned that the bank missed estimates. And legal risk is just part of the banking business, and there's no way to know if Goldman will actually have to pay anything yet.

Goldman still has massive untapped potential in its fast-growing consumer banking business, and it trades at one of the lowest valuations among the big U.S. banks. Plus, you can now get into Goldman cheaper than Buffett did -- the stock trades for about 10% less than its lowest price during the third quarter when the Oracle of Omaha bought more than $1 billion in additional shares.

The other social media company

Jordan Wathen (Twitter): If you're looking for high-risk, high-reward wagers, you don't have to dig through penny stock scams to find them. Twitter is one such stock that I think offers an all-or-nothing return profile: Either the company succeeds and investors are handsomely rewarded, or it slowly fades into history and they wish they had never heard of it.

If you care at all about breaking news, celebrity gossip, sports, and even just talking about stocks, Twitter is the place to be. Information flows quickly in 280-character quips. And unlike, say, Facebook (NASDAQ: FB), no one will care if you post 20 times a day. In fact, oversharing is almost encouraged. If Facebook gets you addicted on baby pictures and wedding announcements, Twitter hooks you on drinking from a fire hose of information on whatever it is you care about most.

Meanwhile, there are likely some expense efficiencies to be found, given that the company has little to show for robust spending on research and development (R&D). By the end of this fiscal year, it will have likely spent more than $3.25 billion on R&D in just the last five years, though as a user you'd never know it.

Twitter isn't a blue chip stock. It isn't for the faint of heart. But since any incremental revenue and expense cuts would flow almost entirely into pre-tax profit, even modest improvements in revenue and expenses could send income soaring. And that's why it may be worth a look for people who want an all-or-nothing, penny-stock kind of bet.