The recent stock market volatility has created some compelling bargains.

October and November have been rather volatile months in the stock market, and while nobody enjoys watching the value of their portfolio fluctuate wildly (especially when there are more downward swings), this type of market does tend to create compelling long-term opportunities.

This is certainly true of the current market environment, as technology stocks have been beaten down, and banks had already been one of the worst-performing sectors of 2018. With that in mind, here's why fintech giant Square (SQ -4.18%), tech heavyweight Apple (AAPL 2.44%), and investment banking powerhouse Goldman Sachs (GS 0.13%) are worth a closer look now. 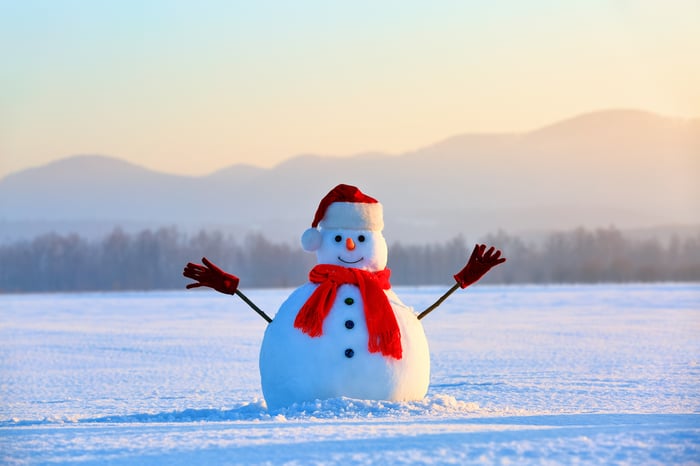 A second chance at this high-flying fintech stock

Square came out swinging in 2018. By the end of the third quarter, the stock had risen by 186% for the year and had surpassed the $100 level for the first time ever.

Since that time, Square has dropped by about 35% from its highs thanks to the combination of a few catalysts:

In addition to these three negative factors, Square has been a victim of the overall sell-off in the tech sector. However, there's no reason for long-term investors to worry about any of the factors I just mentioned. Square's installment payment platform is still small, plus the company has done a great job of assessing risk within its Square Capital business lending platform, and there's no reason to think it won't do the same here. A CEO stock sale is generally a nonevent from a long-term perspective, especially when it was planned. And while Sarah Friar was an absolute rock star as Square's CFO, hiring is one of Dorsey's strong points, and investors should be confident that the right person will be placed in the job.

This Buffett favorite is in bear market territory

Over the past three years or so, Apple has become the largest investment in Berkshire Hathaway's (BRK.A -1.14%) (BRK.B -1.07%) closely followed stock portfolio, and over that time, the stock had performed especially well -- until recently.

Caught up in the recent tech sell-off and after a disappointing earnings report, Apple is down about 22% from its high.

To clarify that last point, Apple reported an excellent quarter. However, Apple announced fiscal first-quarter guidance that was lower than analysts' expectations. Plus, the company said that it will no longer be reporting unit sales for all of its products, including iPhone -- a move that raised the eyebrows of many investors.

Even if you find this disappointing, keep in mind the reasons Warren Buffett loves Apple. The company has an extremely loyal customer base and provides tremendous value to consumers through its products. This hasn't changed. If you are judging Apple on any one quarter's worth of sales (or worse, one quarter's guidance), you're thinking about it the wrong way. Plus, keep in mind that Apple's service revenue -- things like Apple Music -- is growing rapidly, further building the company's revenue stream.

The general theme of the three companies discussed here is short-term problems but great long-term businesses. In Apple's case, I wouldn't even necessarily call its issues problems -- just an issue with investors' perception of how the company should be valued.

Short-term hurdles but a long-term opportunity

Finally, another stock plagued by short-term issues is Goldman Sachs. The investment banking giant, which was already one of the cheapest big bank stocks, has been one of the sector's worst performers recently.

There have been a few negative catalysts for the financial sector in general and Goldman in particular, but the latest one is the news that Malaysia is attempting to recoup $600 million in fees that it paid the bank as part of a bond investment fund gone bad. There's uncertain legal risk related to this as well.

Whether Goldman will end up paying Malaysia back is anyone's guess, but it's important to remember that legal risk is always present in investment banking, and things like this are short-term problems.

From a long-term perspective, Goldman is still a market leader in its core competencies of M&A advisory, IPO and debt underwriting, and more. Its wealth-management business is firing on all cylinders. And Goldman's young but rapidly growing consumer banking business has tons of untapped potential.

To be clear, Goldman is likely to be on the more volatile side as far as bank stocks go. However, this is still a rock-solid business with tons of growth potential. At just 0.96 times book value, Goldman is the cheapest it's been since late 2016 and is worthy of a closer look.