Amazon's (NASDAQ:AMZN) advertising business recently popped up on many investors' radars after market research firm eMarketer estimated that the company is now the third-largest digital advertising platform in the United States.

But investors may still be unaware of the extent of Amazon's advertising reach, how it could hurt its rivals, and how much the company could eventually benefit from this business. To help give you a clearer picture of its potential impact, here are five things you should know about the latest rising star in Amazon's constellation of businesses. 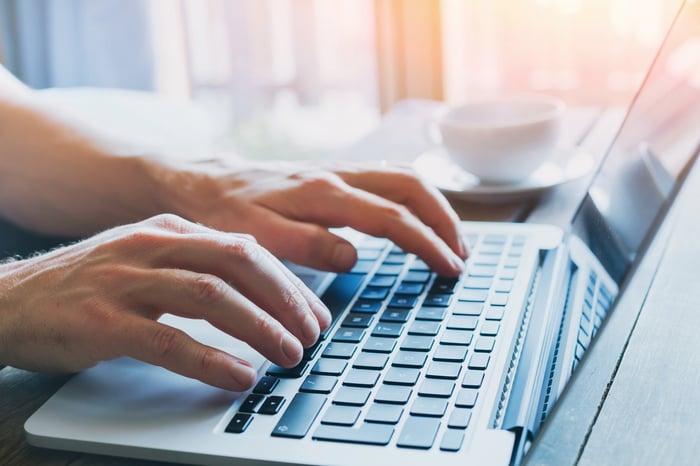 According to eMarketer's analysis, the e-commerce giant will finish 2018 with about 4.1% of the U.S. digital advertising market, which will amount roughly to $4.61 billion in ad sales. That may not seem all that impressive compared to the combined 57.7% market share controlled by the top two players -- Facebook and Alphabet's Google -- but Amazon's ad sales are up 144.5% compared to last year. By the end of 2020, Amazon's share of the market is expected to reach 7%.

2. Amazon's ad revenues are expected to skyrocket over the next few years

Amazon will reach about $10.9 billion in ad sales in 2020, according to eMarketer's analysis. But looking further out, that growth pace may continue: Its annual ad sales should double again to $22 billion by 2022, according to Piper Jaffray analyst Michael Olson.

3. The company's ad sales growth is easily outpacing that of its e-commerce peers

Of course, Amazon's digital retail competitors sell ads on their platforms as well, but their ad sales growth doesn't match Amazon's. A recent Wall Street Journal article (paywall) noted that Amazon is expected to increase its ad sales by a staggering 453% between 2017 and 2020, compared to just 168% for Tencent, 105% for Alibaba, and 77% for Baidu.

4. It holds a key advantage over rivals

Digital advertising businesses depend on having the data that allows them to present the right ads to the right people -- and Amazon has loads of it. Nearly 50% of U.S. e-commerce sales are transacted on Amazon's platform, which provides it a massive amount of information about consumers that other advertisers are desperate to tap into.

Further great news for Amazon shareholders is that 54.8% of U.S. households are projected to be Amazon Prime members by 2020, up from 47.4% in 2018. Prime members on average spend about $300 more annually on the site than non-members do, which means that over the next few years, Amazon's treasure trove of consumer shopping data will grow even more valuable to advertisers as it wins millions of additional consumers on its loyalty program.

5. A new ad-supported video service could become an essential component of this business

Amazon is also rumored to have an ad-supported video streaming service in the works, according to a report published earlier this year by technology and business website The Information. The video streaming service will be different than Prime Video, which shows no commercials beyond occasional promotions for other Prime shows.

The new service, which is said to be called Free Dive, will be free for Amazon Fire TV users, and would give the company yet another advantage in terms of accruing consumer data. Amazon could show a targeted ad to a viewer, then track whether that person purchases the advertised item on its site after seeing the ad. That level of consumer knowledge is something that virtually no other company can match.

Amazon is clearly making some big moves in the advertising market, and investors should take keep tabs on its burgeoning opportunity. Some estimates forecast that Amazon's advertising operating income will reach $16 billion in 2021, exceeding the predicted $15 billion operating income for its cloud computing platform, Amazon Web Services (AWS), that year.

If Amazon comes even close to hitting those estimates, its ad business will quickly add significant value to the company, and make it an even stronger competitor in the e-commerce market.