After market close on Monday, audio chip specialist Cirrus Logic (NASDAQ:CRUS), which reported generating about 81% of its revenue from sales to Apple in fiscal 2018 in its most recent 10-K filing, dramatically slashed its financial guidance. 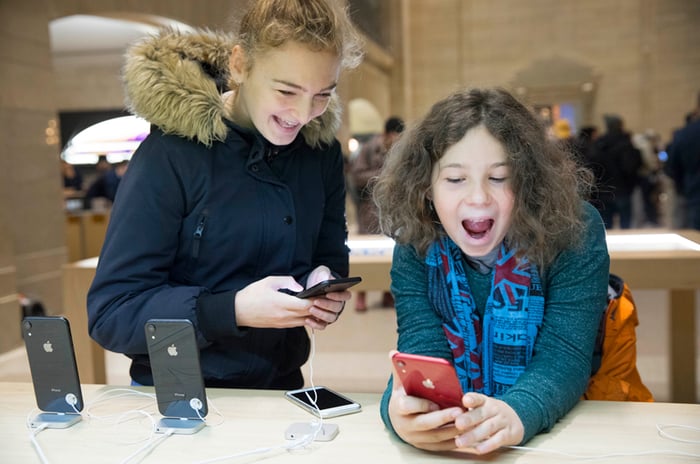 Let's take a closer look at what happened and what this means for both Apple and Cirrus Logic investors.

This is not a drill

Cirrus Logic said in its earnings press release that for the third quarter of its fiscal 2019, it's now expecting sales to come in between $300 million and $340 million. The company had previously guided to sales of between $360 million and $400 million.

At the midpoints of both ranges, Cirrus Logic's new guidance represents a roughly 15.8% reduction.

The audio chip specialist wasn't too specific about the cause of this reduction, only attributing it to "recent weakness in the smartphone market."

With that being said, considering just how big a customer Apple is, and given the spate of negative press and supply chain reports concerning demand for Apple's iPhones during this product cycle, it's a pretty good bet that Apple's cutting of its iPhones production is the main culprit for this guidance reduction.

Cirrus' shares were down at least 5.40% in the after-hours session, which isn't too terrible given the magnitude of the forecast reduction that the company just announced.

My guess is that the reaction to the news in the after-hours session isn't as extreme as it could have been for a couple of reasons. First, the news flow around Apple's current product cycle has been quite negative for a while (Cirrus isn't the first Apple supplier to issue a guidance cut this cycle), so it's probably not terribly surprising that a company that depends so heavily on sales of chips to Apple, and in particular the iPhone, would come out and reduce its sales forecast.

Additionally, Cirrus' stock isn't exactly flying high right now -- shares were already trading fairly close to their 52-week low of $34.49 before this announcement, so it's not as though the share price engendered a high degree of optimism. 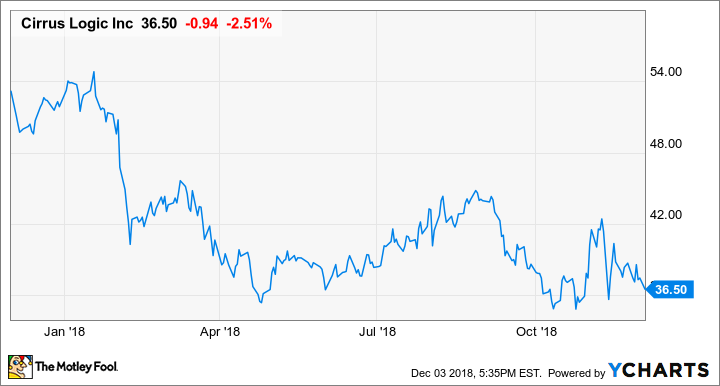 As of writing, Apple's stock is down just 0.33% following the news. I think the same argument for why the drop in Cirrus' stock isn't worse could be applied here, too. There's already a lot of pessimism around the current iPhone product cycle, and Apple's shares are down nearly 21% from the 52-week high that they set back in October.

What the news from Cirrus Logic does, though, is give further credence to the idea that Apple's iPhone unit shipments simply aren't going as well as Apple had expected.

Indeed, it's one thing for analyst estimates to have been overoptimistic with respect to Apple's iPhone shipments. It's another thing entirely when key suppliers like Cirrus Logic reveal they're cutting their forecasts.

Those numbers didn't arise out of the blue -- they were assuredly based on the signals that Apple was giving suppliers when the forecasts were originally made. Now that Apple itself seems to be encountering poorer-than-expected demand for its products, it needs to cut back its production forecasts, which ultimately translates into a reduced outlook for its suppliers.

Better luck in the next iPhone cycle, Apple.