Walt Disney (NYSE:DIS) should instantly become Netflix's (NASDAQ:NFLX) biggest rival when it launches its Disney+ streaming service in 2019. And that, in turn, should mean the streaming leader would want to maximize every advantage it has over its soon-to-be rival.

Instead of doing that, though, Netflix has canceled three of its five shows from Disney's Marvel subsidiary. Daredevil, Luke Cage, and Iron Fist were all dropped by the streaming company, and it seems likely that the same will happen after the upcoming seasons of the other two shows -- Jessica Jones and The Punisher.

Those cancellations take these popular characters and return their TV rights to Disney. That may end up being a major mistake that helps Disney as it launches its streaming service. 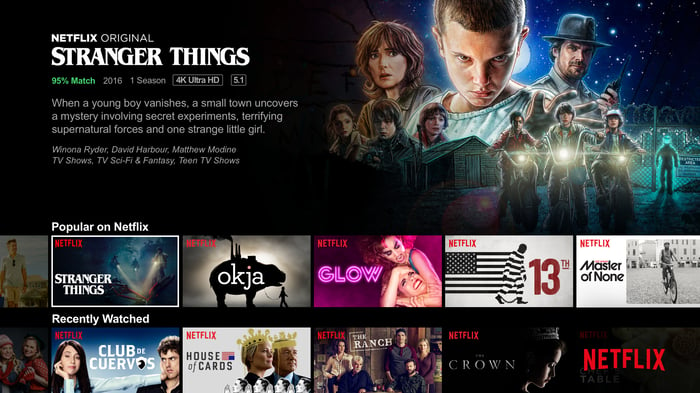 Netflix appears to be getting rid of all of its Marvel Universe shows. Image source: Netflix.

This goes beyond logic

Netflix has canceled three of its five Marvel series (with the other two likely to be axed after their latest seasons air) in part because of money. The shows are expensive to produce, and Netflix does not own them -- Disney does. Interest has fallen from peak levels for the now-canceled programs. And on the surface, that may not make them worth the expense to Netflix.

The problem is that they're based on characters with devout followers. Those fans -- maybe 2 million Netflix subscribers or more -- may pay for the service mostly because of the Marvel shows. That's not to say they don't watch other Netflix content, but the Marvel series may well be their anchor.

Admittedly, the 2 million number is a guess. Netflix does not release ratings, but 2015 research showed that Daredevil had 4.4 million viewers in its first 11 days. That almost certainly grew significantly in the weeks and months to follow. It's also important to remember that Netflix's U.S. subscriber base has grown from 40.9 million when the ratings research was done, to 58.5 million in the latest quarter.

That means that even if interest in Daredevil has dropped (and the volume of social media chatter suggests it has), it's probably still being watched by over 4 million people, many of who would watch all the Marvel shows. How many of those are Marvel devotees? It's impossible to know, but you have to assume that people who commit to a universe of six shows (the five main series plus the one-off Defenders team-up) might be angry when the shows disappear.

There are multiple scenarios that could develop. The first is that Netflix loses customers (maybe a million or more) because the Marvel shows were what kept them connected to the streaming service. That's not super likely unless a second scenario unfolds in which Disney decides to revive the characters alongside its planned Marvel shows on Loki and the Scarlet Witch.

Marvel fans were already likely to at least consider Disney+. Adding a Daredevil series or a show that brings in some or all of the Defenders would certainly sweeten the pot and make them sign up sooner. The big question is whether those people will quit Netflix to justify paying for the Disney service.

Some of them almost certainly will. Without the Marvel shows, and as it loses the Marvel theatrical movies at the end of the year, Netflix will be without a signature superhero-based original. That's a hole that Disney+ will certainly fill, and it could see a million or more subscribers -- people who probably would have paid for both streaming services -- drop Netflix.