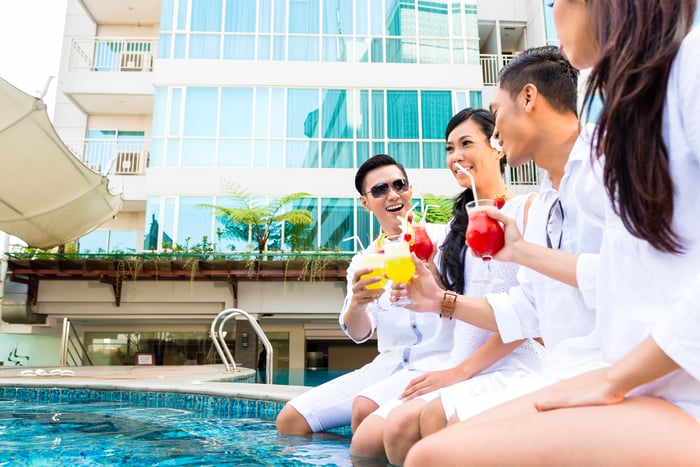 Secoo's growth figures look impressive, but its stock remains below its IPO price of $13 and trades at 11 times forward earnings. Let's take a look at why Secoo still isn't impressing investors, and whether that outlook will change in the near future.

Its growth is decelerating

Secoo is a tiny underdog in a market dominated by Alibaba Group Holding's (BABA -1.32%) Tmall and JD.com (JD -1.27%). Secoo claims to be the top e-commerce platform in China for luxury goods, but that title is tough to verify since neither Tmall nor JD Mall discloses its luxury product sales separately.

Secoo's revenue and GMV growth have remained robust over the past four quarters, but its net income growth has been decelerating. This suggests that Secoo is supporting its top-line growth by selling a larger number of cheaper products.

Moreover, sales growth of 35% to 42%, Secoo's forecast for the fourth quarter, would represent its slowest growth rate since its IPO. Secoo didn't offer any bottom-line guidance, but that deceleration could cause its earnings growth rate to drop to the high teens.

Secoo's bottom-line growth is decelerating, but its margins remain healthy. Its gross margin improved 20 basis points annually to 17.2% during the quarter, and its operating margin rose 130 basis points to 4.5%. 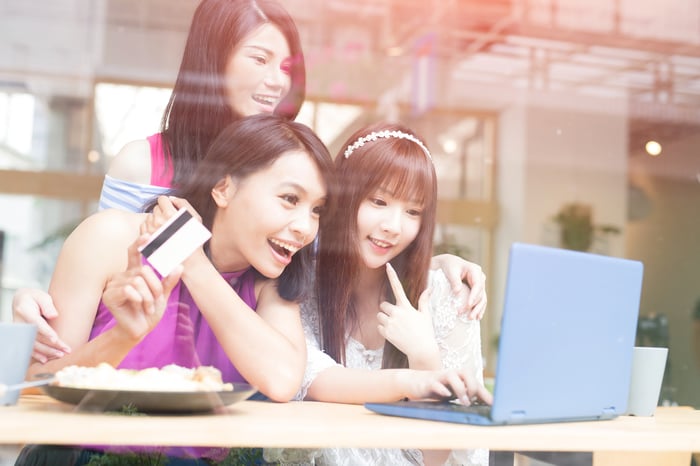 JD was once cited as a competitive threat to Secoo, but the two companies launched a strategic partnership earlier this year to secure new deals with luxury brands, lock in more customers, and introduce new omnichannel initiatives. That partnership helps both companies counter the growth of Alibaba's Luxury Pavilion, the dedicated marketplace for high-end brands that it launched last year.

Secoo's GMV is tiny compared to Tmall or JD's GMV, but its niche focus on higher-income shoppers in lower-tier cities could make it a lucrative takeover target as the e-commerce market consolidates. However, escalating trade tensions, higher tariffs, and a weaker Chinese economy could still curb consumer appetite for those higher-end goods -- which already cost much more in China due to import taxes.

Meanwhile, many of Secoo's new projects and partnerships -- like the development of a blockchain platform, an expansion into brick-and-mortar stores, a partnership with the beauty app Meitu, and its promotional partnerships with Chinese museums -- indicate that it's grasping at straws for growth.

So should you buy Secoo?

On the surface, Secoo looks like an undervalued growth stock. However, Secoo probably won't win over investors as long as market leaders like JD and Alibaba are struggling. Its customer base is small, and its growth could peak as affluent shoppers simply buy their products from Alibaba, JD, or luxury retailers' first-party websites or brick-and-mortar stores.

Therefore, Secoo is an interesting speculative play, but investors who are looking for a safer long-term play on China's e-commerce market should stick with Alibaba or JD instead.