The amusement park company has taken investors on a roller-coaster ride in recent weeks.

After falling more than 20% in October following a third-quarter earnings report that fell short of Wall Street's expectations, Six Flags entered November poised for a rebound. That's because while the company managed to deliver only 2% earnings growth in the quarter, it was able to grow its revenue by 7%. This revenue increase was driven mostly by higher traffic at its parks, showing that demand for its amusement and water park offerings remain strong.

Moreover, the sharp plunge in the company's stock price pushed its dividend yield up a full percentage point to about 5.8% by the end of October. This helped Six Flags pop up on some income-focused investors' radars, and likely drove increased demand for the stock in November. 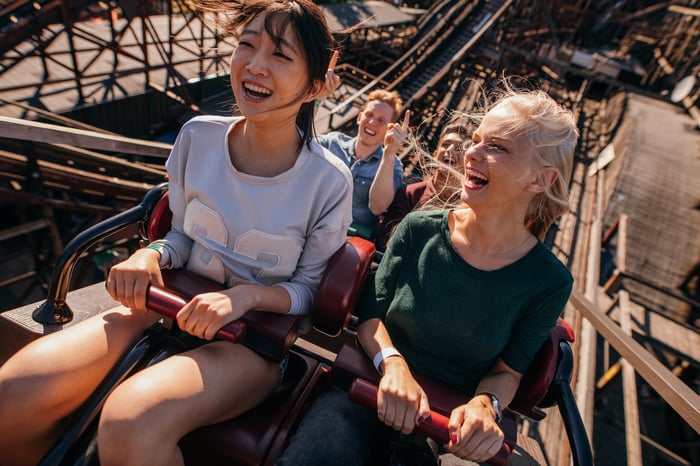 Six Flags' stock-price gains accelerated after the company announced on Nov. 14 that it would be increasing its quarterly dividend payout by 5%, to $0.82 per share, beginning in the fourth quarter. Combined with a prior dividend raise in February, this represents a 17% year-over-year increase in Six Flags' dividend. It also marks the eighth consecutive year that the company has boosted its payout to investors.

Six Flags' stock has pulled back along with the overall market in December. With shares down about 5% this month, they're currently yielding more than 5.6%. That's likely to keep this high-yield stock on some dividend investors' buy lists heading into 2019.