Though DocuSign ( DOCU -1.82% ) stock has declined alongside a broader-market sell-off recently, the e-signature and cloud-based document company's underlying business certainly isn't pulling back. In fact, DocuSign's revenue growth accelerated in its third quarter of fiscal 2019.

Here's a look at DocuSign's third-quarter results, along with an overview of some just-announced changes to its board of directors and executive positions. 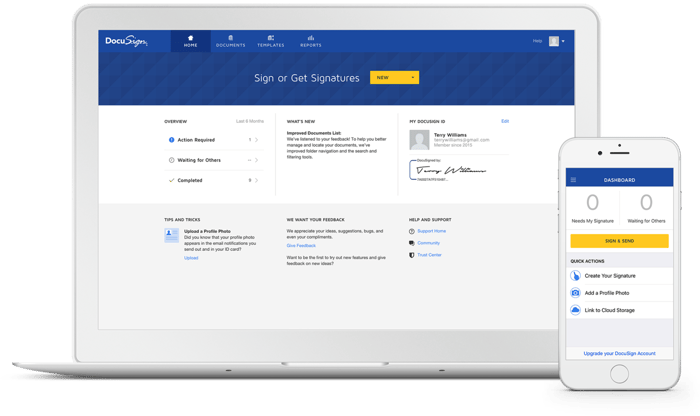 "Expansions within existing customers, traction around our System of Agreement vision, and our strategic partner ecosystem all contributed to our strong results," said DocuSign CEO Dan Springer in the company's third-quarter earnings release.

Alongside its third-quarter results, DocuSign also announced that current board member Maggie Wilderotter is assuming the role as the company's board chair as of Jan. 1. In addition, the company appointed Pivotal Software CFO Cynthia Gaylor as a new board director.

This is "the right executive structure to propel us forward for years to come," said Springer in a press release about these changes to its board and executive team.

For the company's fourth quarter of fiscal 2019, management expects revenue to be between $192 million and $194 million.

Bargain-Hunting: 2 Stocks That Were Slammed Recently