Please ensure Javascript is enabled for purposes of website accessibility
Log In Help Join The Motley Fool
Free Article Join Over 1 Million Premium Members And Get More In-Depth Stock Guidance and Research
By Matthew DiLallo - Dec 6, 2018 at 8:20AM

Marathon Petroleum plans to operate its MLPs as stand-alone companies for the time being.

However, instead of combining these two companies, the refiner plans to continue operating them as stand-alone entities, at least for now. That decision has big implications for investors, since these companies are heading down different paths. 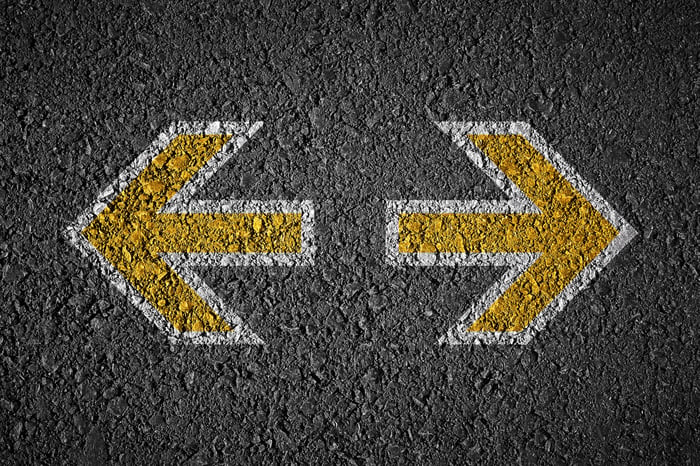 Andeavor Logistics: Getting its finances back on track

Marathon Petroleum outlined the plans for its MLPs at its recent investor day. The company noted that while it's still reviewing Andeavor Logistics, it currently anticipates that the MLP will continue as a stand-alone entity. The only change it made since taking control was to halt distribution growth, which ended a streak of 29 consecutive quarterly increases.

That's because Marathon wants the company to retain more of its growing cash flow to improve its financial profile. That will enable the company to invest in growth projects without having to issue any equity, which is too costly now that the company's yield has risen to an eye-popping 11.6%. This approach will enable Andeavor to maximize the value it can create as it expands its Conan oil gathering system in the Permian as well as building out its natural gas liquids (NGL) hub in the Bakken. The earnings growth from those projects should increase the company's distribution coverage ratio while reducing its leverage ratio to Marathon's target levels.

While Andeavor Logistics is heading toward a goal of improving its financial profile, MPLX is going in a different direction. Because the company already has a strong financial foundation, it's on track to continue increasing its distribution to investors, with MPLX targeting a $0.01-per-unit increase each quarter in 2019. That forecast implies a 6.3% increase over its recent quarterly rate, which has it yielding 7.5% at the moment.

While that is a slightly slower pace than the 8.5% distribution increase it has delivered over the past year, the more moderate growth rate will enable MPLX to also retain more cash to finance growth projects. The company plans to invest $2.2 billion on expansion projects this year, which is an increase from $2 billion in 2018. Driving that higher spending is the evolution of the company's business model to invest in long-haul oil and gas pipeline projects.

The company has several projects either underway or in the planning stages. For example, MPLX and its partners recently gave the green light to start construction on the Permian Gulf Coast pipeline, which would move oil from the Permian Basin to terminals along the coast as well as Marathon's Galveston Bay oil refinery when it starts up at the end of 2020. Meanwhile, the company is also working with several partners on the Whistler Pipeline, which would move natural gas from the Permian to the Texas coast. If the partners secure enough customers, they could start service on that pipeline by the end of 2020. MPLX is also working to expand its NGL business, including potentially building a long-haul pipeline from the Permian to the coast as well as constructing some fractionators, which would separate raw NGLs into higher-valued products like ethane and propane. These expansion projects potentially set the company up to continue expanding its payout for the next couple of years.

While Marathon Petroleum plans to keep its MLPs on separate paths, it makes sense to eventually merge them to form one stronger, larger-scale company. From a strategic standpoint, for example, there's some overlap in places like the Permian where Andeavor Logistics' Conan gathering system can connect to the Permian Gulf Coast pipeline and link wells directly to Marathon's refineries. Furthermore, both MLPs operate gas processing plants in the region, which could feed into the long-haul gas and NGL pipelines MPLX has under development. Meanwhile, combining its MLPs can leverage their larger scale to capture future expansion opportunities.

Because of that, a merger of these two MLPs seems inevitable, with MPLX likely the surviving entity. That's why income investors should focus on that company -- it not only appears as if it will be around for the long term, but they can also collect a growing income stream from it in the meantime.