Investors couldn't get enough of the company's strong third-quarter results.

Shares of the data analytics platform company Alteryx (AYX 0.72%) were up 13.6% in November, according to data provided by S&P Global Market Intelligence, after the company released its third-quarter report on Nov. 8. Alteryx's sales and customer growth were on the rise -- and investors took notice of the positive trends.

Investors were happy to see Alteryx's revenue jump 59% in the third quarter to $54.2 million. Additionally, the company's non-GAAP (generally accepted accounting principles) earnings jumped to $5.3 million, or $0.08 per share, up from $1.2 million in the year-ago quarter. 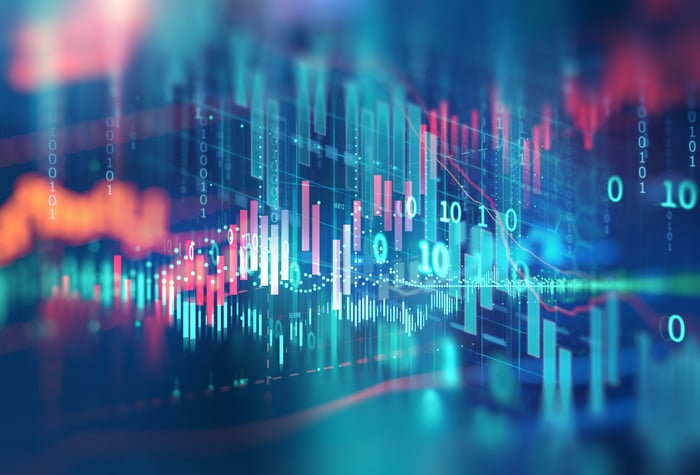 Other highlights from the quarter include year-over-year customer growth of 41% to 4,315, and international sales growth of 99% to $15.7 million. Alteryx also ended the quarter with significantly more cash than it had at the beginning of the year. Third-quarter cash, cash equivalents, and investments totaled $414 million, compared to $194 million at the end of 2017.

The company's share price experienced a brief but significant dip in the middle of the month, as Alteryx's stock couldn't escape the downturn that other technology stocks have been experiencing lately. But the drop was short-lived, and Alteryx investors pushed the stock back up a few days later.

Alteryx shares have continued their upward trajectory into December, albeit slowly, and have gained about 2% since the beginning of the month. And it's likely that there will be more good news around the corner. Management revised the company's full-year revenue range upward following the third-quarter results; it now expects sales in the range of $200.5 million to $201.5 million, or an increase of about 52% to 53% from the previous year.