Shares of Sunrun (NASDAQ:RUN) surged nearly 20% last month, according to data provided by S&P Global Market Intelligence, after a new report shed more light on the dangers of climate change.

A National Climate Assessment (NCA) report released on Nov. 23 issued dire warnings about the potential impact of global warming. Droughts, wildfires, coastal flooding, declining crop yields, and outbreaks of disease are just some of the possible effects of climate change, the report says. 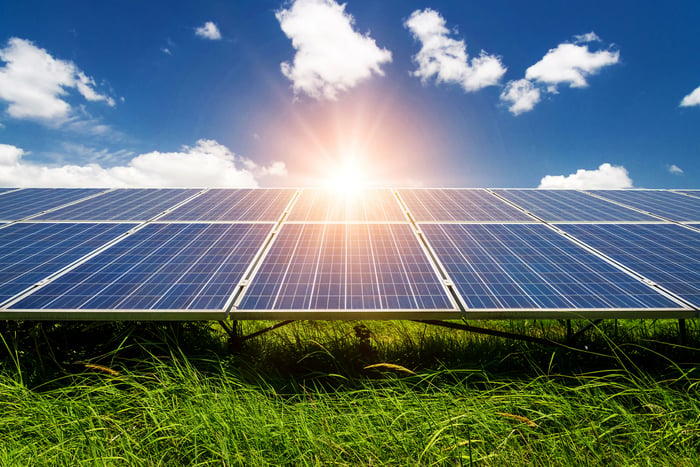 The NCA also estimates that climate change could have a negative impact on the U.S. economy that reaches into the hundreds of billions of dollars. This is significant because it comes at a time when the Trump administration has moved to reduce environmental regulation in order to stimulate economic growth. The NCA's findings, however, suggest that reducing environmental protections could have a far greater negative long-term effect on the U.S. economy.

Perhaps most importantly, the NCA stresses that whether these dire scenarios come to fruition will be determined by how quickly the U.S. and other governments move to curb global warming.

Solar energy has long been seen as a way to combat climate change, since it helps to reduce greenhouse gas emissions. Bolstered by recent research, more U.S. states are beginning to enact legislation designed to spur the adoption of solar and other renewable energy sources.

As an example, California recently passed a bill that requires all of its electricity to be produced from clean power sources by 2045. As more governments around the world take action to increase renewable energy usage, demand for solar power is likely to remain strong for decades to come.

Sunrun has been a prime beneficiary of this trend. As of today, its stock is up more than 140% so far in 2018. As the largest residential solar installer in the U.S., Sunrun should continue to benefit from strong demand for its services in the years ahead.

However, before you decide if you want to invest in Sunrun -- or any solar stock, for that matter -- spend some time to learn more about the solar industry, and be sure to be aware of the risks.