Please ensure Javascript is enabled for purposes of website accessibility
Free Article Join Over 1 Million Premium Members And Get More In-Depth Stock Guidance and Research
By Demitri Kalogeropoulos - Dec 6, 2018 at 9:25AM

Shares of home appliance specialist Whirlpool ( WHR -0.72% ) beat the market last month, posting a 15% increase compared to a 1.8% uptick in the S&P 500, according to data provided by S&P Global Market Intelligence.

The rally erased just a portion of the stock's recent losses, and Whirlpool remains lower by more than 25% so far in 2018. 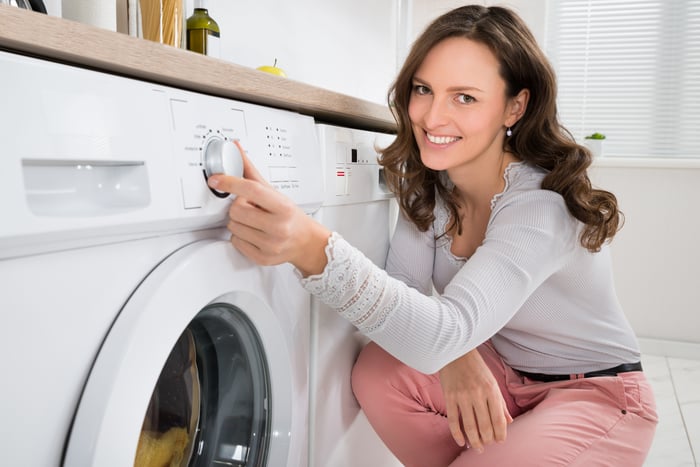 November's boost came as investors continued to digest Whirlpool's third-quarter report, which was released late in the previous month. That announcement showed steady sales in the core U.S. market, which surprised many who follow the stock given the ongoing liquidation of Sears, an important retailing partner. Specifically, revenue rose 5% in the U.S, which helped offset a sharp drop in Whirlpool's European segment.

CEO Marc Bitzer and his team announced a stepped-up restructuring plan aimed at getting Whirlpool's manufacturing commitment back in line with lower sales volumes in Europe. These moves won't be enough to immediately produce improved earnings results from the division, but investors will be watching for a rebound starting in 2019.