Semiconductor company Broadcom (AVGO -1.87%) reported its fiscal fourth-quarter results after the market closed on Dec. 6. Broadcom managed double-digit revenue and earnings growth, and its wireless business did better than expected thanks to stronger sales of last-gen iPhones. The company's outlook was solid despite warnings from other smartphone component suppliers, and it expects to gain wireless share in the second half of next year.

Broadcom provided the following guidance for fiscal 2019, which includes the impact of the CA acquisition: 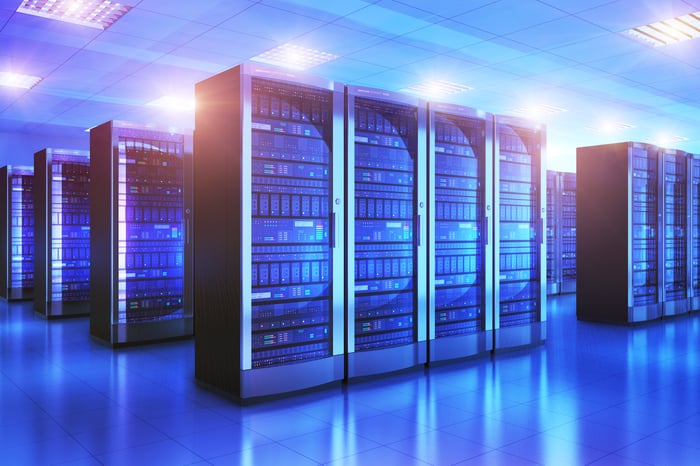 While wireless revenue slumped by 5% year over year, that decline wasn't as bad as the company expected. During the earnings call, CEO Hock Tan pointed to higher volumes of legacy phones from a North American OEM, which presumably means last-gen iPhones: "Wireless revenue, however, was somewhat better than our expectations for the fourth quarter, as we benefited from upside volumes of legacy phone generations and our North American OEM customer."

Tan detailed expectations for the semiconductor businesses in 2019:

Storage, we believe, will be stable relative to fiscal 2018. As we reviewed last quarter, we believe the reset in our wireless business in the first half of 2019 from share loss in the current phone generation will be followed by a substantial recovery second half as we take share back for the next generation. So, while there will be lots of our push-and-take here, our outlook for the semiconductors business is for modest revenue growth in 2019. This may be somewhat dampened relative to our long-term mid-single growth expectation by wireless.

Tan also talked about how the company is changing CA's business model:

First and foremost, gone are the days of trying to land new products with new customers, and I'm referring to software, enterprise software. We are focusing all our attention on renewing existing products with existing mainframe-centric customers, customers that represent virtually all of the world's largest enterprises and largest spenders on IT. We are also targeting expansion opportunities within this core mainframe customer base.

This new focus on existing customers may put a limit on CA's growth prospects, but it has the potential to boost profitability by reducing costs.

While Apple suppliers have been warning about weak sales due to sluggish demand for Apple's latest iPhones, Broadcom is benefiting as sales of older iPhones pick up some of the slack. And with Broadcom's heavy focus on the data center market, the company isn't nearly as exposed to weak smartphone demand as some other component suppliers.

Any slowdown in data-center-related demand could throw a wrench into Broadcom's outlook, though. That doesn't appear to be happening right now, but after years of voracious spending by cloud computing companies, a hangover at some point down the road isn't out of the question.