Can Cameco sustain its rally?

Investors in Cameco (CCJ -1.65%) got an early Christmas surprise last month as shares of the uranium giant soared 10.8%, according to data provided by S&P Global Market Intelligence. The stock's run-up wasn't a fluke: Uranium prices shot up, giving Cameco an additional reason to bump up its outlook for fiscal 2018. Investors have been waiting for this day for several years now.

Uranium markets have been stuck in a rut for a long time, so when producers across the globe turned optimistic some months ago, backed by key developments in the industry, it warranted investor attention.

That there was merit in experts' bullish views is evidenced by the sharp recovery in uranium prices in recent months: Last month, they hit highs not seen in nearly two and a half years. As one of the world's largest uranium producers, and the frontrunner in taking bold steps to curtail production to help ease a supply glut, Cameco is bound to be among the biggest beneficiaries of a recovery in the uranium industry. 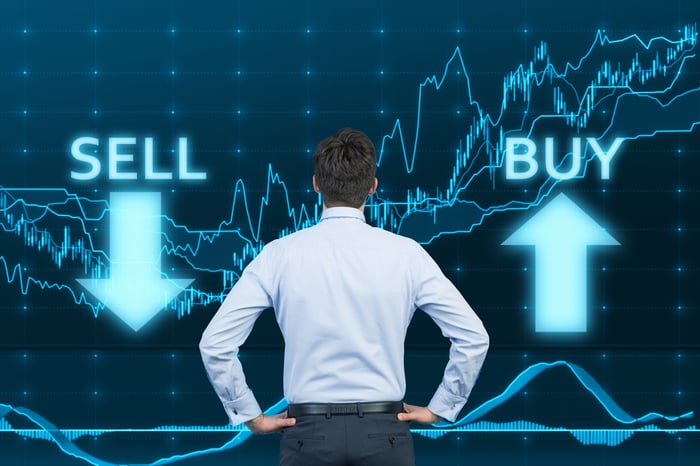 Acknowledging the marked improvement in the uranium market in recent months, Cameco's CEO Tim Gitzel lifted investors' hopes further by upgrading the company's outlook during its third-quarter earnings release on Nov. 2. Cameco's revenue was flat during the quarter, but it earned adjusted net income of 15 million Canadian dollars, compared with an adjusted loss of CA$50 million in the year-ago quarter. The company's operating cash flow surged nearly 81% in Q3, confirming that Cameco's aggressive moves to control cash burn are paying off.

Encouraged by the positive impact of its cost-reduction measures, a recent favorable tax ruling, and recovering uranium prices, Cameco upgraded its full-year revenue outlook range to between CA$1.99 billion and CA$2.19 billion, from the range of CA$1.89 billion to CA$2.14 billion it previously guided for. Cameco now expects full-year realized uranium prices to average $47.80 per pound (U.S. dollars). Don't confuse this with the spot uranium price, which is hovering around US$29 per pound -- Cameco still has some long-term contracts running that were locked at higher prices.

This could just be the beginning of a long road to recovery in the uranium market, so investors in Cameco need to have patience while awaiting a turnaround. Cameco, on its part, is doing all it can to navigate the storm; its efforts are already showing up on its books, making it a stock you'd want to watch closely.