Shares of the shipping solutions specialist fell as concerns mounted about fourth-quarter and longer-term growth.

Shares of Stamps.com (STMP) were slipping last month after investors seemed unimpressed with the company's third-quarter earnings report that appeared to signal a weaker-than-expected fourth quarter. Despite the e-commerce specialist beating analyst estimates, the stock still fell on macro concerns and on weaker guidance than expected.

According to data from S&P Global Market Intelligence, the stock finished November down 15%. As you can see from the chart below, shares fell sharply on the earnings report on Nov. 1 and continued to slide from there. 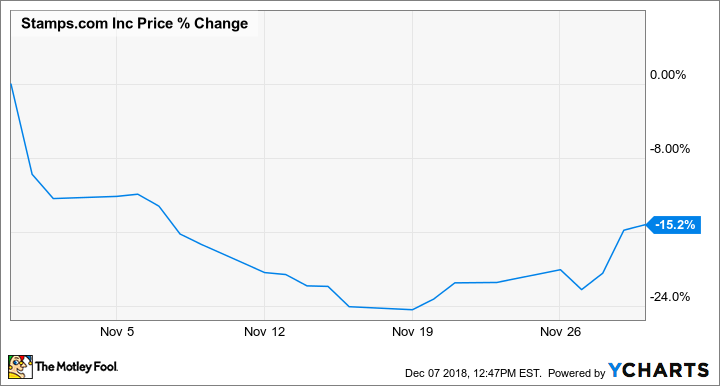 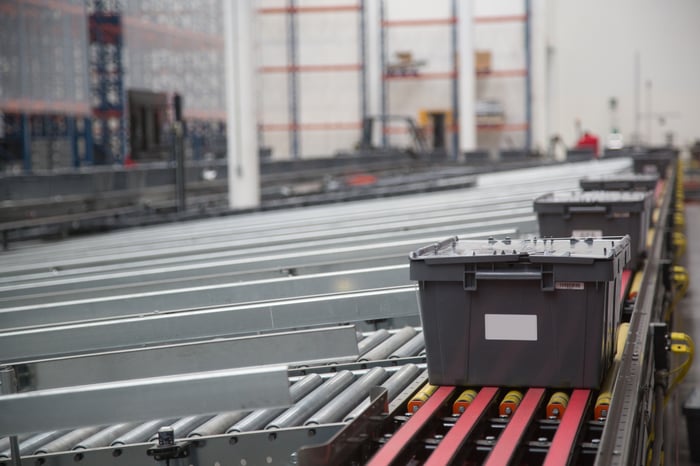 Revenue was up 25% to $143.5 million, easily beating estimates of $132.5 million. Operating income was up 24% to $44.3 million, and adjusted earnings per share (EPS) rose 3% to $2.76 as the company lapped a substantial tax benefit from the quarter a year ago. That result topped analyst expectations of $2.34. Results in the quarter include its $220 million acquisition of Metapack, another e-commerce shipping solutions provider, which closed on Aug. 15.

Despite the seemingly strong numbers, shares still fell 10% that day, as guidance may have disappointed and lingering concerns remained about trade tensions with China and negotiated shipping rates through the Universal Postal Union. Investors also awaited a review of the Postal Service's business, which was delivered in early December, and news on USPS potentially renegotiating its contract with Stamps.com.

In the quarterly report, Stamps.com raised its full-year revenue guidance from $530 million-$560 million to $550 million-$580 million, and adjusted EPS guidance from $10.15-$11.15 to $10.60-$11.60. Some of that increase was expected due to the Metapack acquisition, as the analyst consensus already stood at $565.7 million; that guidance also signaled a weaker fourth quarter than expected as the raise came from the third-quarter beat.

In the beginning of December, investors got some good news as Stamps.com shares jumped 8% after a Treasury Department task force released its report on the Post Office that did not recommend specific changes that would affect Stamps.com's relationship with the Post Office. In fact, the report advocated raising prices on package shipping, which could benefit Stamps.com by allowing it to charger higher rates.

While this looks like an initial victory for the shipping specialist, keep an eye on this story, as it's still developing.