Are Canopy's plans to jump into multiple huge markets only pipe dreams? Not at all.

Canopy Growth (CGC -6.27%) made less than $75 million over the past 12 months. That's an awfully low amount of revenue for a company with a market cap of close to $11 billion. Of course, the reason Canopy claims such a high market cap isn't about its history and is instead about what investors expect for its future.

But Bruce Linton, Canopy Growth's founder, chairman, and co-CEO, has his eyes set on even bigger possibilities. Linton stated in a recent interview with CNBC's Jim Cramer that Canopy hopes to disrupt four multibillion-dollar industries. 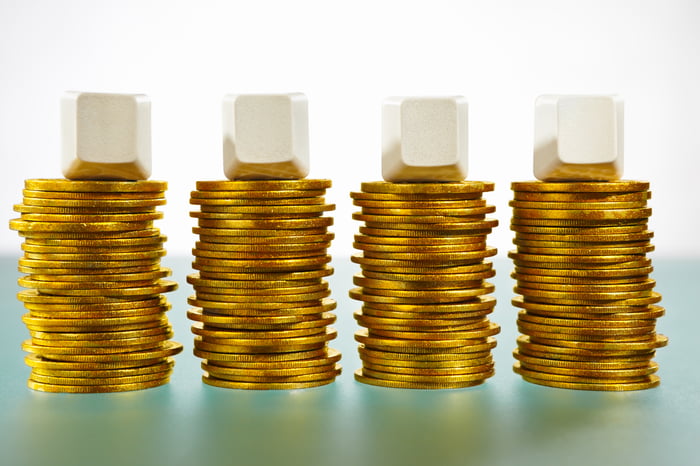 The obvious multibillion-dollar industry Canopy thinks it will disrupt is the beverages market. That makes sense, considering major alcoholic beverage maker Constellation Brands (STZ -0.82%) invested $4 billion in Canopy just a few months ago, after partnering with the company (and buying a smaller stake) last year to develop cannabis-infused beverages.

Linton has stated in the past that Canopy and Constellation will launch "Tweed-and-tonic" types of cannabis-infused alcoholic drinks. Tweed is Canopy's primary cannabis brand. However, the bigger opportunity could be in sports recovery beverages that are infused with cannabidiol. CBD could be helpful in reducing inflammation from sports-related injuries.

An opioid epidemic in the U.S. and in other countries has created a quandary to some extent for physicians and patients. Opioids provide much-needed pain relief, but they're also highly addictive. But with few acceptable alternatives, the global opioid market is still close to $23 billion, according to Grandview Market Research.

Linton thinks cannabis could provide the answer. Multiple clinical studies over the past few decades have pointed to the potential for cannabinoids, especially CBD, to alleviate pain. Because CBD isn't psychoactive, it could be a promising alternative in the future for opioid drugs.

Another multibillion-dollar market that Linton thinks Canopy will disrupt is the sleep-aid market. This market includes over-the-counter products such as Procter & Gamble's ZzzQuil and prescription drugs such as Sanofi's Ambien, which at its peak generated annual sales of $2 billion.

Studies have found that THC, a key ingredient in cannabis, promotes sleep in general and reduces the REM stage of sleep, which means fewer nightmares. Linton views cannabis as the primary competition for Ambien.

Linton also thinks Canopy Growth could be going to the dogs. And the cats. He anticipates a solid opportunity for the company in the $72 billion veterinary products market, particularly in treating pet anxiety.

Some studies have shown promise for using CBD to reduce anxiety in humans. Linton suspects those results could transfer to animals as well. Other studies have achieved positive results in treating cannabinoids in dogs with osteoarthritis and multijoint pain. Veterinary products might be a marijuana market that most investors aren't thinking about, but Canopy certainly has this opportunity in its crosshairs.

Why Canopy could be the top disruptor

Canopy Growth isn't the only marijuana company looking at these big opportunities. For example, Tilray CEO Brendan Kennedy stoked investor enthusiasm in September with his comments about the potential for cannabis to disrupt the pharmaceutical and beverage industries. But Canopy could be the most important disruptor among its rivals.

One major reason Canopy is likely to be at the forefront is its massive cash advantage. The investment from Constellation Brands gives Canopy Growth a tremendous amount of money to spend on clinical studies and/or acquisitions to progress toward the goal of disrupting the opioid, sleep-aid, and veterinary products markets. The Constellation relationship also positions Canopy Growth at the top of the pack in marketing cannabis-infused beverages.

Other partnerships and acquisitions in the cannabis industry could shake things up down the road. For now, though, if any marijuana producer is likely to successfully disrupt these multibillion-dollar markets, it's Canopy Growth.