Shares of Pattern Energy Group (PEGI) rose over 15% last month, according to data from S&P Global Market Intelligence. The renewable energy asset manager reported third-quarter 2018 earnings and two portfolio-altering transactions. Investors took the operational improvements during the period -- including a year-over-year improvement of 235% in cash available for distribution (CAFD) -- as a sign that the business is getting back on track after years of struggling.

The company also announced two transactions to recycle assets in its portfolio. First, it sold a 90-megawatt wind farm at a selling price equivalent to 15 times the expected 10-year CAFD. Second, it acquired a 35-megawatt interest in a wind farm at an acquisition price equivalent to 10 times the expected five-year CAFD. Selling for more and buying for less makes capital go further, which was music to investors' ears. 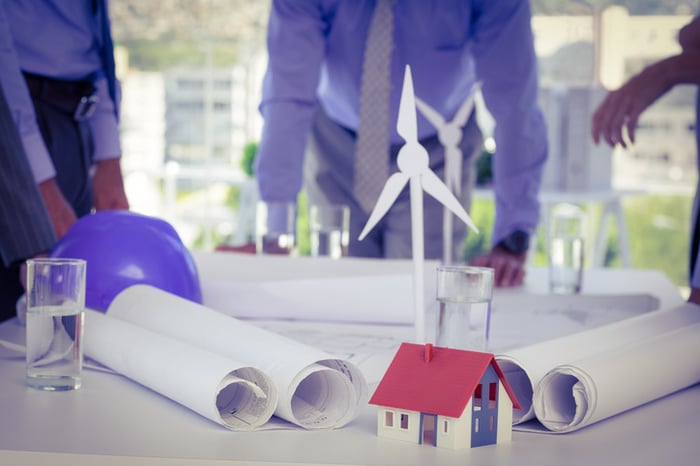 Progress came on multiple fronts during the third quarter of 2018. The renewable energy portfolio generated and sold more electricity at higher prices, which led to an increase in revenue, operating income, and CAFD. Lower interest expense and higher-value leases also made positive contributions during the period.

All that momentum allowed Pattern Energy Group to maintain its full-year 2018 guidance for around $166 million in CAFD, which would mark a 14% increase from 2017. That would also allow the business to cover its distribution payments -- on pace to total about $166 million this year -- from operations alone. That's the first step to delivering sustainable growth in distributions for the long haul.

Pattern Energy Group is a favorite renewable yieldco among investors, but it hasn't performed very well in the past five years. The stock return with dividends included in that period is just 9.6%, compared with 61.7% for the S&P 500. A large part of that has to do with poor decisions in the past regarding asset portfolio management and the decision to maintain very high distribution payments, currently yielding 8.6%. Investors hope the traction observed recently can be sustained and put the company on the right track again, but there's a long way to go before the business is fully turned around.