The wireless hotspot installer and operator beat the Street in the third quarter but might miss analysts' revenue target at the end of 2018.

Shares of Boingo Wireless (WIFI) fell 20.1% in November, according to data from S&P Global Market Intelligence. The provider of wireless networking hotspots in airports, hotels, and other public places reported solid third-quarter results early in the month, but with a side of mixed next-quarter guidance. The stock dropped 19% that day.

Boingo reported a net loss of $0.01 per share in the third quarter, an improvement from a $0.15 loss per share in the year-ago period and ahead of Wall Street's consensus target of -$0.09 per share. Revenue rose 22% to $65.3 million, beating your average analyst's estimate of $63.3 million.

Looking ahead, Boingo's management guided for full-year losses of roughly $0.18 per share, which works out to a fourth-quarter profit of about $0.04 per share. The analyst consensus called for break-even Q4 results. Finally, hitting the full-year revenue target will require something like $63.4 million in fourth-quarter sales. Here, the consensus called for $65.9 million. 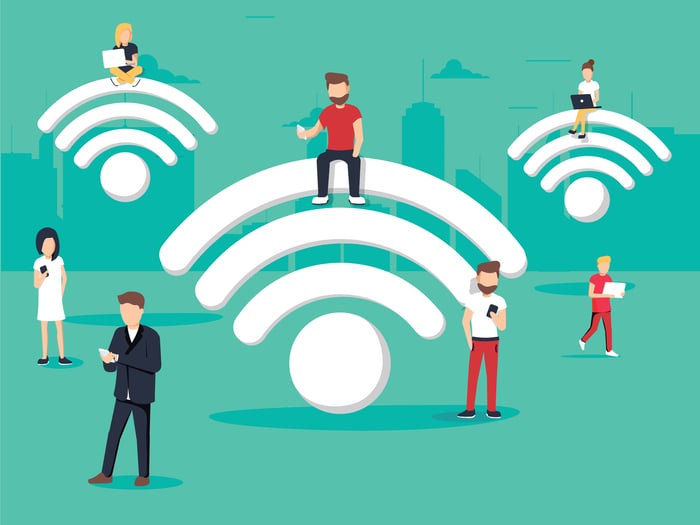 The stock has now plunged 31% lower over the last three months and traded sideways in 2018 as a whole. Raucous revenue growth plus stalled stock charts often add up to decent buy-in opportunities.