Shares of Frontdoor (NASDAQ:FTDR) dipped 31.6% in November, according to data provided by S&P Global Market Intelligence. The stock sank after the company's third-quarter results arrived with a small earnings miss and disappointing guidance. 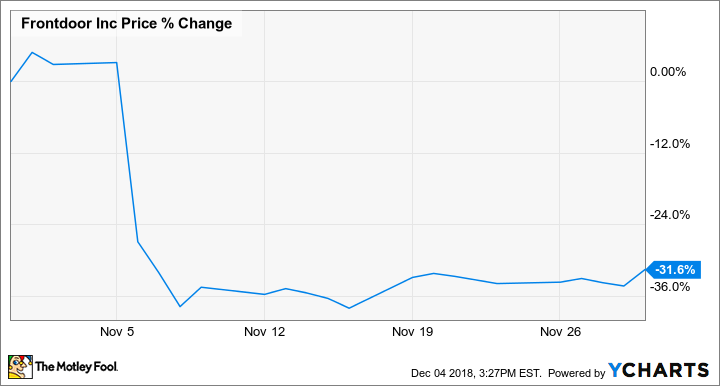 Frontdoor reported third-quarter results on Nov. 5, delivering earnings that fell slightly short of the average analyst estimate, and sales that came in ahead of expectations. However, management's targets for the full year suggested that the profitability of the business is slipping, and the stock saw steep sell-offs in the next day of trading. 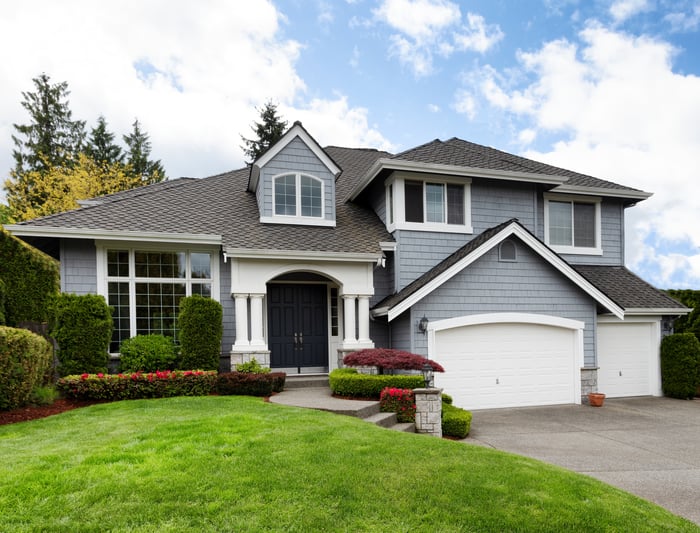 Sales for Frondoor's September quarter climbed 7% year over year to reach $377 million and beat the average analyst estimate for sales of $370 million, but adjusted earnings per share of $0.58 fell a penny short of the analyst target. Gross profit margins in the quarter fell to 47%, down from 52% in the prior-year period, and guidance suggested that profitability will continue to decline.

Management expects full-year sales to come in at $1.25 billion but declined to issue an earnings target for the period. Instead, the company indicated that gross profit margin for the full year would come in between 43% and 44%, suggesting that margins for the fourth quarter will decline substantially from the third quarter's levels.

Frontdoor stock has continued to slip in December, with shares trading down roughly 5% in the month so far. 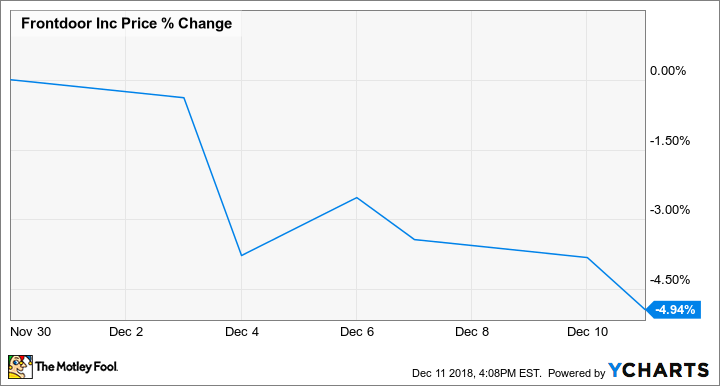 Frontdoor is now down roughly 26% from the closing price of its initial public offering in October. The company's home-maintenance-as-a-subscription-service model is intriguing, and the business is still generating attractive margins even if there are indications of a negative trend on that front, so it's possible that investors have overreacted in selling the stock down to its current levels.