Costco Wholesale (NASDAQ:COST) has been a leader in the retail world for decades, with its innovative business model capitalizing on its customers' desire to shop and pick up big bargains. Between rock-bottom prices and lucrative membership-fee revenue, Costco has been able to take advantage of opportunities, even as some of its big-box peers elsewhere in the industry have fallen victim to adverse trends like competition from e-commerce specialists.

Coming into the company's fiscal first-quarter financial report, Costco investors were looking for solid gains in revenue and earnings, and that's largely what they saw. Yet concerns are rising about what could happen next year, because the retailer's entire bottom-line boost came from the favorable impact of lower tax rates. 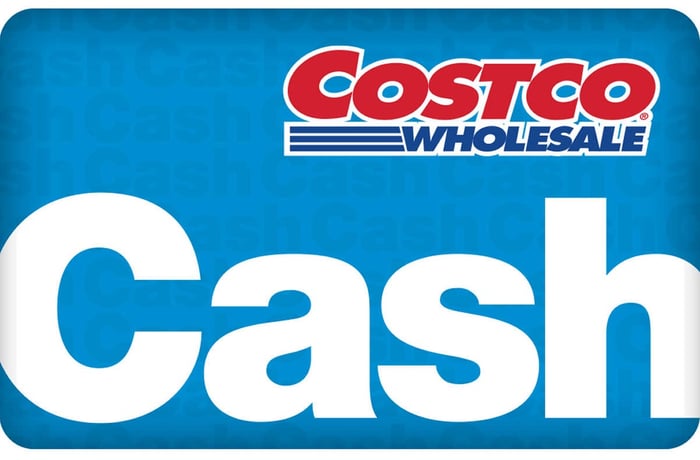 How Costco fared at the start of fiscal 2019

Costco's fiscal first-quarter report delivered on only part of what people expected from the company. Revenue climbed more than 10% to $35.07 billion, which very slightly outpaced what most of those following the stock were expecting to see. Net income jumped 20% to $767 million, but after making allowances for some one-time items, adjusted earnings of $1.61 per share missed the consensus forecast among investors, albeit by just $0.01 per share.

Comparable-sales numbers from Costco were largely consistent with expectations, especially given that the company routinely releases monthly figures for revenue and comps. For the quarter, total company comps were higher by 8.8%, just slightly decelerating from their gains from the fiscal fourth quarter of 2018 three months earlier. Strength in the U.S. was particularly noteworthy, picking up 11%, while Canada and other international results lagged with comparable-sales gains of 2.4% and 4%, respectively.

However, adjusting for gasoline prices, foreign exchange impacts, and various accounting standard changes shows a different picture. Costco's overall results come in at 7.5% with that adjustment, accelerating slightly from previous quarters. Although the U.S. continued to outpace the rest of the business with an 8.3% adjusted rise in comps, figures of 5.5% for Canada and 5.8% for other international stores looked a bit more attractive. Costco continued to build up its e-commerce business, seeing a 32% rise, or 26% on an adjusted basis.

Also encouraging was Costco's growth in membership fee revenue. The company took in $758 million from fees during the period, up almost 10% from the fiscal first quarter last year.

Is bottom-line growth set to stall?

Yet there were some troubling results as well. Merchandise costs jumped by nearly 11%, outpacing sales growth. Overhead expenses also rose. As a result, operating and pre-tax income were both down from year-earlier levels, albeit by just $1 million to $2 million. Only $127 million in savings on Costco's income tax provision was able to deliver bottom-line gains for the company.

The reason that's a concern: This will be the last full quarter in which Costco can expect a benefit from the tax reform measures that cut corporate tax rates for calendar 2018. Once past-year results also include the lower rate, Costco will no longer get an earnings tailwind on the tax front, and investors will be able to see much more clearly the challenges keeping the warehouse retailer from enjoying better bottom-line growth.

Investors didn't react favorably to that prospect, nor to the immediate challenges that Costco faces, and the stock quickly declined nearly 3% in after-hours trading following the announcement. Unless the retail giant can get its costs back under control and find ways to boost sales, Costco could encounter even greater obstacles to growth in the near future.