Adobe Systems (NASDAQ:ADBE) announced yet another better-than-expected quarter on Thursday after the market closed, highlighting both the fruits of its recent strategic acquisitions, and broad-based strength from its core suite of creative software products. Adobe also offered an early look at its goals for the coming year.

With shares of the software giant down modestly in after-hours trading as of this writing -- but still up nearly 40% so far in 2018 -- let's get more color on what Adobe accomplished since its last quarterly update in September. 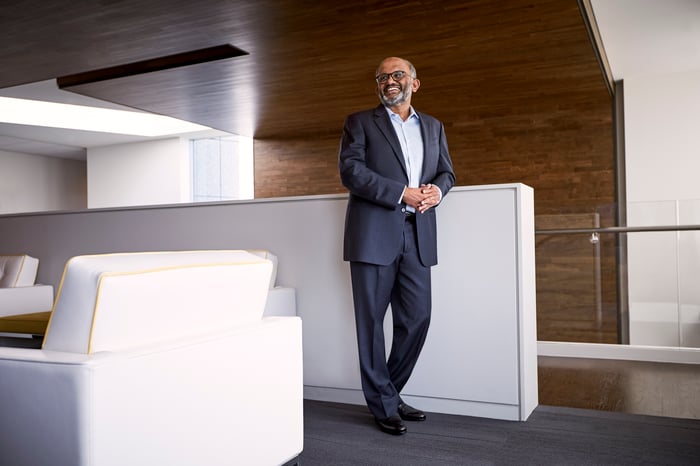 Adobe CEO Shantanu Narayen called their performance this fiscal year "outstanding," adding: "In 2018 we made significant investments across our product portfolio, entered new markets, and made strategic acquisitions which we believe will fuel continued top and bottom-line performance."

We finished the year strong with record results across the board, meeting or exceeding all of our annual and quarterly targets which did not include Marketo. We're excited to add Marketo and the expanded market opportunity it provides. We look forward to delivering strong revenue growth, accelerating earnings growth and healthy margin expansion during fiscal 2019.

Adobe also provided preliminary targets for fiscal year 2019. Those include total revenue climbing approximately 25% to roughly $11.15 billion -- well above the $10.8 billion expected by most people watching the stock -- assuming 20% Digital Media segment growth and a 34% increase from the Digital Experience business. On the bottom line, that should translate to GAAP earnings per share of $5.54 and adjusted (non-GAAP) earnings of $7.75 per share.

Put simply, this was another undeniably strong report from Adobe, signaling that the momentum of its burgeoning core business is still intact. Coupled with the promise of its acquisitions for effectively expanding its reach, I think long-term investors should be more than pleased.