Amazon.com (NASDAQ:AMZN) wants to open 3,000 cashierless Amazon Go stores by 2022, but the effort could be stymied if more states follow New Jersey's lead and require all retailers to accept cash.

Excluding transactions made online, by telephone, or via mail, as well as certain airport stores and parking facilities, a bill unanimously approved by a state senate committee would prohibit any brick-and-mortar store in the state from being cashless, with violations carrying hefty fines. It's this sort of Luddite thinking that could prevent Amazon from transforming the retail industry. 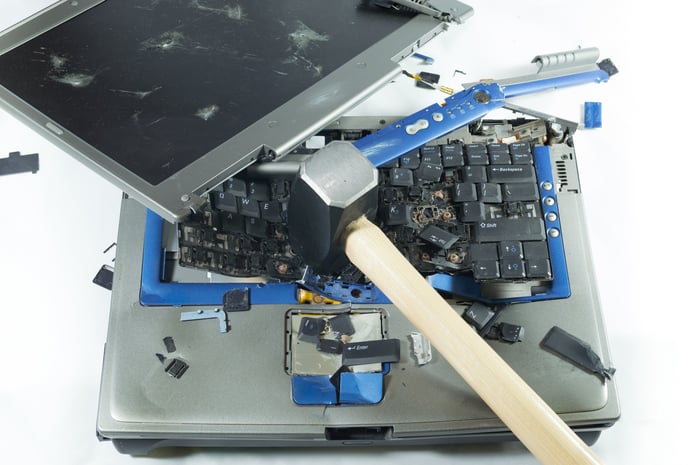 The store of the future

The Amazon Go concept is audacious in the array of technology deployed to make it possible for a customer to walk into a store, select any number of items from a shelf, and walk out without having to stop at a checkout line to pay.

Using "sensor fusion", machine vision, and deep-learning algorithms, cameras, sensors, and computers continuously track customers throughout their visit to the store, "see" when an item is picked up or put back, and automatically update the customer's online shopping cart with each addition or subtraction of merchandise. It then bills their Amazon account for the total when they leave.

Although somewhat Orwellian in its breadth, Amazon Go doesn't use facial recognition technology and there are no microphones listening in. The concept introduces a level of convenience to a process that is typically derailed by a singular pain point: the checkout line.

Other retailers like Walmart and Kroger have also attempted to minimize the frustration of waiting for a cashier with the deployment of various scan-and-go technologies, which allow the customer to scan in purchases that are then uploaded to an account to pay. But Amazon is the first to fully automate the entire system. It is even experimenting with scaling up the technology to work in a larger-format setting, like a grocery store.

New Jersey politicians want to prevent such innovation because it would be discriminatory against people too poor or otherwise flying beneath the radar who don't have bank or credit card accounts. People also might prefer the anonymity that using cash allows.

The bill calls for fining businesses $2,500 for a first offense and $5,000 for a second violation. Additional offenses would be deemed an unlawful practice under the state's consumer fraud act, which imposes penalties of up to $20,000.

Yet it's also clear that not every retailer would go cashless, because most stores want to serve as many customers as possible. Furthermore, it would be prohibitively expensive for most retailers to build fully-automated cashierless stores like Amazon Go. It's estimated each Amazon Go store costs around $1 million for all the technology needed to monitor customers and inventory.

Furthermore, you probably wouldn't find a 7-Eleven store going cashless, because the checkout line constriction that Amazon Go attempts to alleviate doesn't really exist there. In the end, the marketplace would have a mix of retail outlets from which customers could shop, some accepting cash, others being cashless. And considering that retailers are currently able to go cashless but don't, it appears that New Jersey and Massachusetts -- the only state that already requires all stores to accept cash -- are solving a problem that doesn't actually exist. However, they do create one by stifling innovation.

It's unknown whether Amazon Go stores will even work as planned on such a grand scale as the company envisions. Spoilage, shrinkage, and other factors come into play when a system is scaled up like that. Yet Amazon and other retailers won't be able to modify and otherwise streamline the concept to meet the needs of their customers if they're never able to try.

Amazon Go could be the wave of the future in retail, but not if it gets sunk by technologically-ignorant politicians.