Shares of Molina Healthcare (NYSE:MOH), a managed care insurer focused on Medicaid, fell 13% as of 10:25 a.m. EST on Monday. The plunge is related to a ruling that was issued late last week by a U.S. district court in Texas.

On Friday, District Judge Reed O'Connor from the Northern District of Texas sided with a coalition of 20 U.S. states that were seeking to invalidate the Affordable Care Act (ACA), more commonly known as Obamacare. Judge O'Connor agreed that the ACA was unconstitutional in light of last year's tax law change that eliminated the penalty for not having health insurance.

This ruling could ultimately pave the way for the undoing of the ACA. That's troubling news for insurers like Molina Healthcare because a sizable portion of its business comes from people with Obamacare coverage.

A number of other health plans and insurers that depend on the ACA for business also fell today in response to this news. Centene fell 6%, Tenet Healthcare dropped 5%, and Community Health Systems plunged 8% as of this writing. 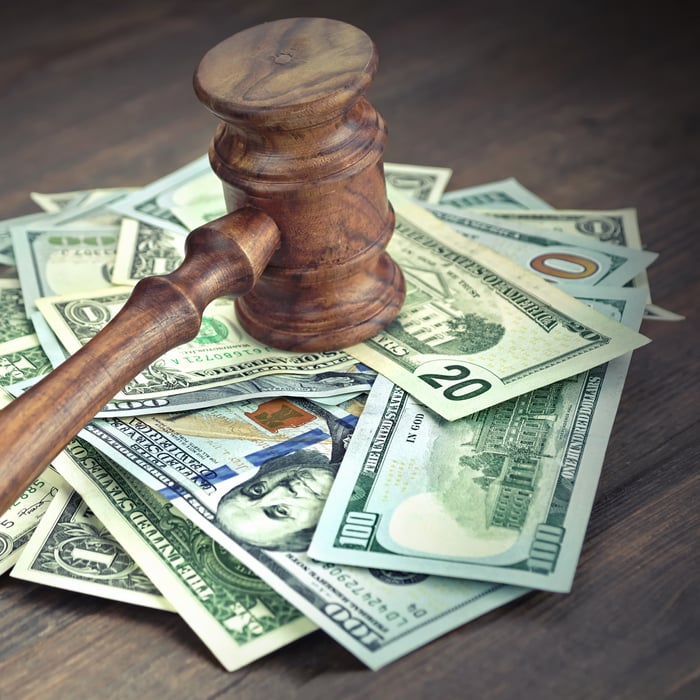 Here's the commentary that Molina's management team shared with investors in response to this news:

While we are disappointed in the recent Northern District of Texas court's ACA ruling, we recognize that this is a first step in what will be a lengthy appeals process. Regardless, the ACA will remain in effect for 2019, and we are optimistic that it will remain in effect thereafter. We support efforts by Congress and the Administration to stabilize the ACA's programs and ensure continued protection of Americans with pre-existing conditions.

If the ACA is ultimately overturned, it would likely have a serious impact on Molina's financial statements and growth prospects, so I don't think that today's drubbing by traders is unwarranted.

While any changes will likely take time to be implemented, there is a legitimate argument to be made that this announcement significantly raises Molina Health's risk profile. For that reason, I'd caution investors from looking at today's drop as a buying opportunity.