Ulta Beauty (NASDAQ:ULTA) recently posted its fiscal third-quarter earnings report, leading to a rather violent 13.4% sell-off the next day. This was a bad day for the market as well, with the S&P 500 down over 2.3% on Friday, Dec. 7.

Ulta's stock had surged since its last earnings report, when it revealed it would be the exclusive partner to Kylie Jenner's Kylie Cosmetics makeup line. So, the recent sell-off really just brought the stock back to levels it occupied before the Jenner announcement. 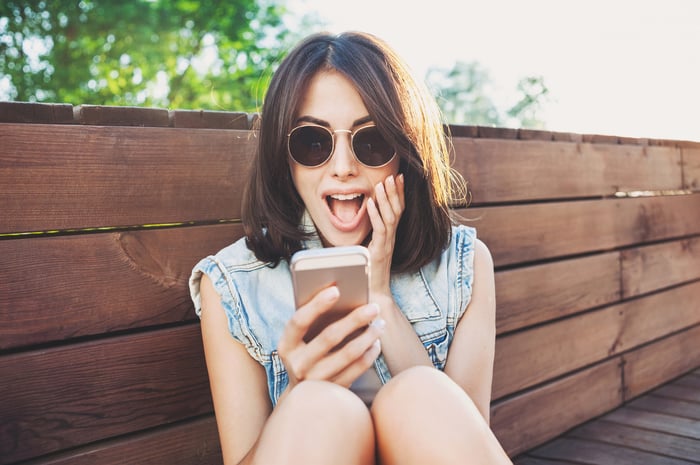 While Ulta did match analyst expectations for revenue growth and actually surpassed estimates for earnings per share, the company's softer-than-expected guidance left investors wanting more. Investors also may have been spooked when the company moderated its pace of store openings from 100 over the past two years to 80 next year, 75 the year after, and 70 the year after that.

The company still expects between 1,500 and 1,700 total stores eventually, up from the current number of 1,163. But with many leases rolling off in the upcoming year, Ulta may be looking to better position existing stores in certain geographies, leading to a lower net opening figure.

What may have slipped under the radar around earnings were Ulta's first real investments in technology companies. During the quarter, it acquired two small tech start-ups, GlamST and QM Scientific, and announced a partnership with tech firm Iterate. According to the company's recent financials, these recent acquisitions cost roughly $13 million.

GlamST is a company Ulta had worked with already. Its technology powers the virtual makeup trials on the Ulta app (where you can upload a picture and virtually sample makeup). This brings in augmented reality capabilities to Ulta that you might also find on other social media or mobile apps.

Iterate, meanwhile, helps give non-tech companies access to top talent in California and Colorado (Ulta is headquartered in Chicago) and assists with best tech practices across different industries. Iterate is akin to an outsourced tech team for large corporations, benefiting from knowledge it gains across its broad customer base.

All of these investments add up to a significant investment in digital technology, and are an intriguing clue to Ulta's vision of itself a few years out. After all, with Ulta planning to open fewer stores going forward (at least in the near term) and e-commerce growing 42.5% last quarter, customers are clearly moving more into the digital realm, and Ulta is following the customer.

At its recent analyst day, CEO Mary Dillon unveiled the goal of having two-day delivery everywhere in the country by 2021, keeping up with other digitally native companies. And on a recent conference call, Dillon also described a new approach to finding up-and-coming indie brands that are often "digitally native." In fact, the company just formed a team dedicated to discovering new indie brands that often appear online first, with the goal of helping these brands scale to Ulta stores and its website.

This is essentially what happened with Kylie Cosmetics, which was founded as an asset-light digital brand that harnessed the recognition of the Kardashian name to grow without the help of a major physical retailer. Ulta got the exclusive rights to physical retail for Kylie Cosmetics earlier this year, likely due to its broad footprint and diverse customer base. Ulta's moves seem to indicate this type of brand incubation as the future (or at least the future of indie cosmetics), and is building its internal team toward that vision.

While analysts like to focus on earnings for this quarter and the next, investors should track the progress of these new digital initiatives at Ulta. While the physical store model isn't going away anytime soon, investors should track how Ulta executes this more digitally focused, omnichannel future. It will be key to combating the you-know-who e-commerce giant from Seattle.