Investment banker J.P. Morgan upgraded shares of General Electric (NYSE:GE) less than one week ago (and great was the rejoicing), leading to a quick rally in GE's stock price. The stock rallied once again today, surging as much as 6.7% in early trading -- but without the benefit of a reasoned argument by a respected analyst to support it, GE stock gave back most of its gains before the day was through.

General Electric closed the day up only 1.8%. 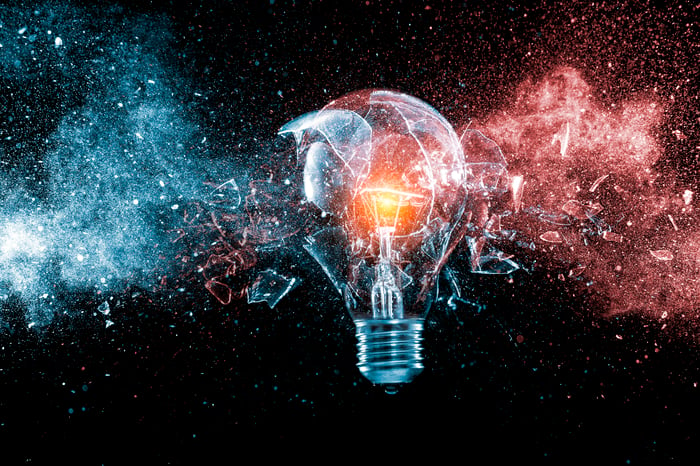 With no news of note to explain the sudden rise of General Electric stock, it may be helpful to review the key points J.P. Morgan made in last week's upgrade -- after two and a half years of continuously recommending that investors sell the stock. Essentially, J.P. Morgan's argument went like this:

Investors who bought into GE stock during its long downturn (the stock has lost 75% of its value since J.P. Morgan began panning it) didn't realize all the risks inherent in owning GE shares: massive debt, weak free cash flow with which to pay off that debt, and the need to sell assets in the absence of cash, to name just a few. J.P. Morgan argued, however, that GE's risk factors are now "better understood," and they're even better understood today, after The Wall Street Journal's multipage expose this past weekend, entitled "GE Powered the American Century -- Then It Burned Out."

"Safer," however, is not the same as "safe." Although J.P. Morgan upgraded the stock last week, it left its price target set at just $6, and raised its rating only to "neutral" -- not "buy." This suggests that, even with most of the shoes at GE having already dropped, the analyst doesn't think the stock is much of a bargain at a share price more than 20% above J.P. Morgan's price target.

Investors who piled into GE stock this morning may have remembered that caveat later in the day, which would explain why Tuesday's rally in GE stock simply couldn't last.