On the former, FedEx's quarterly revenue climbed 9% year over year to $17.8 billion, translating to adjusted (non-GAAP) net income of $1.08 billion, or $4.03 per share, up nearly 27% from $3.18 per share in the same year-ago period. Analysts, on average, were expecting adjusted earnings of $3.95 per share on slightly lower revenue. 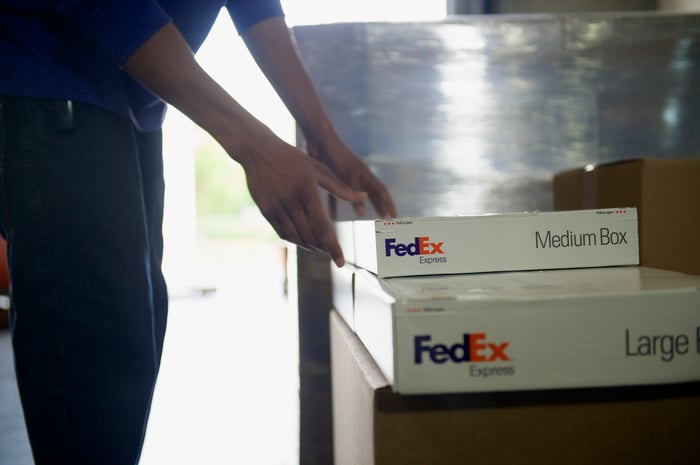 FedEx Chairman and CEO Frederick Smith noted the company is in the middle of "another record-setting holiday season." But he also cautioned:

While the U.S. economy remains solid, our international business weakened during the quarter, especially in Europe. We are taking action to mitigate the impact of this trend through new cost-reduction initiatives.

That's not to say this should be terribly surprising. The stock plunged last week after the unexpected departure of FedEx Express CEO David Cunningham spurred speculation that the key business segment might be struggling. But now that FedEx has effectively confirmed as much while offering a more tangible measure of those struggles with its lowered outlook, it's equally unsurprising to see shares continuing to pull back today.