Shares of Canadian gold miner IAMGOLD (NYSE:IAG) were up 10% as of 2 p.m. EST on Thursday. While there was no company-specific news to point to for the surge, much of the gain is a result of rising gold prices.

IAMGOLD is a pure-play gold miner that has relatively high all-in sustaining costs (AISC) relative to some of its larger peers. In the company's most recent earnings release, AISC for the first nine months of 2018 totaled $1,035 per ounce. By comparison, several large gold miners have AISC below $1,000 per ounce. Having costs this high makes the company's stock especially sensitive to the price of gold. With gold up nearly 1% today to around $1,265, small gains can mean a lot for the company's rather thin margins today. 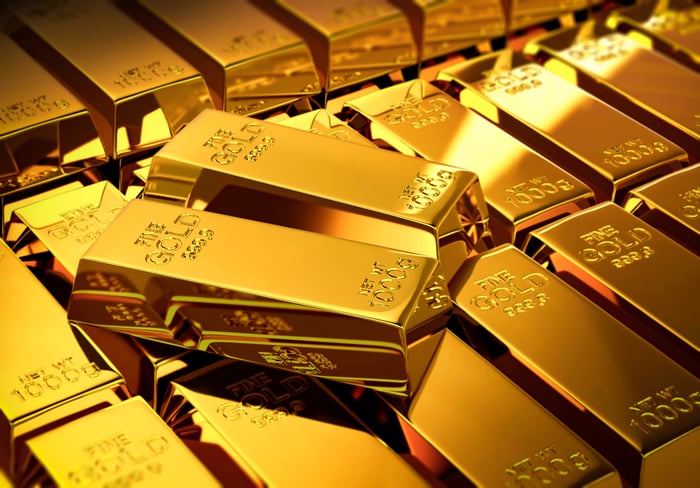 IAMGOLD has ambitious growth plans over the next several years. Its Cote Gold mine in Ontario is expected to significantly boost production and have a much lower AISC than its existing facilities. Management anticipates that Cote Gold and its other growth projects will grow production by more than 45% and will reduce AISC to around $850 per ounce. It hasn't yet made the final investment decision on Cote Gold, though, so investors shouldn't assume this expansion is a given.

If it can achieve these goals, then IAMGOLD will put itself on much surer footing. For now, though, the stock will likely continue to vacillate wildly with the price of gold. Knowing that, it's hard to get too excited about investing in it today.