The slowdown in the global economy took a toll on FedEx (NYSE:FDX) in its fiscal second quarter. Partly as a consequence, management lowered its full-year guidance and backed off its longer-term forecast for its FedEx Express segment. There's a lot going on with the shipping giant at the moment, so let's take a closer look at what management reported.

Breaking down revenue and operating income by segment shows that the company's difficulties were pretty much isolated to its express business. FedEx Ground and FedEx Freight had strong quarters, and management's commentary concerning shipping during the holiday season suggested FedEx is handling the peak demand period well.

For example, said CEO Fred Smith on the Dec. 18 earnings call, "Just yesterday, 67% of FedEx Ground packages were delivered one full day earlier than scheduled, despite it being one of the busiest days in the history of our company."

In fact, the weakness in the express segment was the reason management cut its fiscal 2019 earnings guidance:

Moreover, management revised its longer-term growth forecast for the express segment. "[T]he target to increase FedEx Express operating income by $1.2 billion to $1.5 billion over fiscal 2017 results will not be achieved in fiscal 2020," the company said in a press release.

Management alluded to two issues, both of which relate to the TNT Express business that the company acquired in 2016 and folded into FedEx Express.

First, said Smith, "[O]ur international business, especially in Europe, weakened significantly since we last talked with you during our earnings call in September. In addition, China's economy has weakened due in part to trade disputes." Economic weakness in Europe has had a disproportionate impact on FedEx's profit improvement plan for its express segment because TNT is a European operator.

As Chief Marketing and Communications Officer Raj Subramaniam noted, "World trade [growth] slowed in Q3 to just 3.5% compared to 5.3% in Q3 2017. Leading indicators point to positive but even slower trade growth near term."

Second, FedEx continues to feel the aftereffects of 2017's NotPetya cyberattack. The impact of the attack was most heavily felt at TNT Express in 2017, but according to COO Dave Bronczek, "Following TNT's recovery from the cyberattack, we have seen an accelerated shift of our product mix to more freight than parcel, putting pressure on our system and, of course, our cost."

Bronczek discussed the issue on the earnings call, arguing that TNT's highly regarded freight and specialty freight products "came booming back, because no one is better than we are in that product." However, since they tend to have a lower margin than express and parcel products (which didn't come back as strongly), TNT Express is suffering a negative impact on margin.

As a consequence of these two issues, management lowered its guidance, and it's worth noting that the new earnings forecasts assume "no further weakening in international economic conditions." 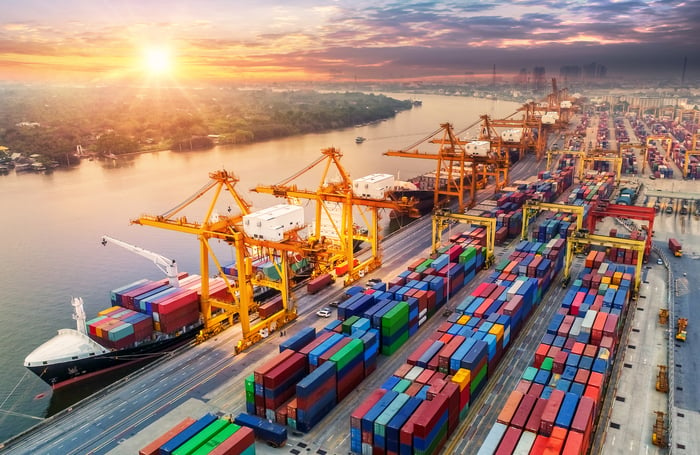 While most of the media attention around international trade naturally focuses on the U.S./China trade dispute, FedEx's principal trouble spot at the moment is Europe. Specifically, the economic weakening in the region is putting the company behind schedule in terms of profiting from the integration of its TNT acquisition into FedEx Express.

In other words, even if President Donald Trump and President Xi Jingping start to see eye to eye on trade issues, FedEx could still face difficulties. That's something investors should keep an eye out for in the coming calendar year.