You can't blame Sears Holdings (NASDAQ:SHLDQ) chairman Eddie Lampert for trying. His $4.6 billion bid to acquire the bankrupt retailer is less than what creditors could likely obtain by selling off the business piecemeal. But buying Sears would give him an opportunity to further strip the remaining value out of the business -- all the while protecting his downside, which is the billions in loans he made to Sears to keep it afloat.

Although Lampert has couched his offer in terms of saving some 50,000 jobs, Sears remains a retail wreck, and any sale as a going concern can only delay the inevitable. But Lampert's bid would give him the business without any of the baggage or liability that his own deals imposed, and would require little new risk on his part. 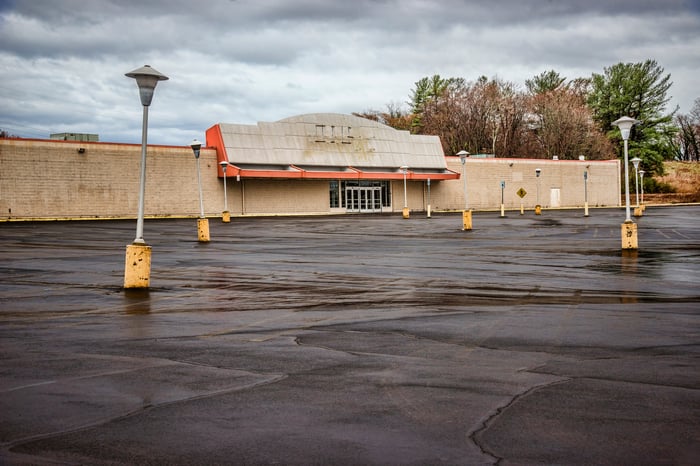 Stripped of all value

Sears and its creditors are investigating the numerous spin-offs, rights offerings, and refinancings Lampert engineered over the years that purportedly gave his hedge fund sweetheart deals. But if his offer is successful, creditors will give up the right to sue him.

Among the deals being looked at are Lampert's sale of some 250 choice pieces of real estate to the real estate investment trust Seritage Growth Properties (NYSE:SRG), which he created. Sears leased back the stores from the REIT at rates that are being called "unfair and burdensome." Because Lampert is Seritage's chairman and his ESL Investment hedge fund owns about 40% of the REIT, he has still profited even as Sears has declined.

ESL is also the biggest shareholder in Sears Hometown & Outlet Stores, which Lampert spun off. ESL was also a major holder of Sears Canada, which went under, and it owns over two-thirds of Land's End, which was also spun off. The M&A activity stripped out much of what was valuable from Sears.

Creditors fear being shut out

Lampert's latest bid for 500 stores and a selection of businesses is comprised almost wholly of debt. According to an SEC filing, of the $4.6 billion proposed deal, $1.8 billion of financing is coming from a credit bid. A credit bid is a provision in the bankruptcy code which essentially allows Lampert to use the value of his secured debt in Sears towards the purchase price of a new ownership transaction. Another $950 million would from a new loan the new company would take out; $500 million would come from equity the new company would issue, along with an unspecified amount of cash; $271 million would be supplied by rolled-over letters of credit; and $1.1 billion would consist of liabilities the new company would assume, including gift cards, Shop Your Way member loyalty program points, and Sears Home Protection agreements.

Creditors are rightly worried that they will recover little, if anything, which is why they may prefer to have Sears liquidated. As the process unfolds, vendors are currently selling their claims on Sears for between $0.55 and $0.70 on the dollar out of fear of realizing zero on amounts they're owed.

Sears' board of directors is also looking at other bids for the retailer, but not as a going business. Rather, the board wants to sell off Sears' assets and recoup as much money as possible. The potential for a liquidation where many vendors are subordinate to Lampert and others is also driving vendors to offload their claims at a discount.

Sears hired commercial real estate firm Jones Lang Lasalle to solicit bids for its Sears and Kmart assets, and it has reportedly received an enthusiastic response from a number of parties, including private equity firms, Ace Hardware, At Home Group, Burlington Stores, Dick's Sporting Goods, and U-Haul, which wants to use Sears' retail space.

If Sears receives strong pricing offers for the real estate and other assets like Kenmore appliances and Diehard batteries, it could undermine Lampert's attempt to acquire Sears on the cheap.

Yet not all assets may be worth as much as originally thought: The bankruptcy court recently canceled an auction for Sears' home improvement business because it didn't receive any qualifying bids. It will now be sold to Service.com, which placed a $60 million stalking horse bid in November. (Stalking horse bids set a floor for other bids that follow.)

While that could put some impetus behind Lampert's bid, keeping Sears alive as a viable retailer is not realistic. With losses widening even as the company heads into the holiday season, it seems a foregone conclusion that Sears Holding will not last very long, regardless of whether it is liquidated now or sometime after Lampert is able to buy it.