Seagate (NASDAQ:STX) and Intel (NASDAQ:INTC) are both considered mature tech stocks and are often owned for dividends and stability instead of growth. Seagate is the second-largest HDD (hard disk drive) maker in the world, and Intel is the world's leading manufacturer of CPUs for PCs and data centers.

Unfortunately, escalating trade tensions and fears of lower enterprise spending hurt both stocks this year. Shares of Seagate tumbled nearly 40% over the past six months, while shares of Intel dropped 15%. Is either stock a worthy investment after these sell-offs? 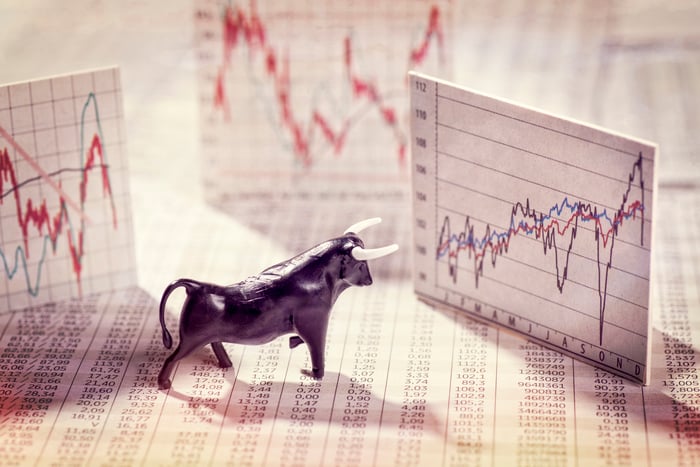 Therefore, Seagate is less exposed to declining NAND (flash) memory prices than Western Digital, which acquired SanDisk two years ago to claim a major share of the cyclical market. On the surface, it might seem as if Seagate is being left behind as flash-based SSDs (solid-state drives) displace traditional HDDs, since SSDs are smaller, faster, more power efficient, and less prone to damage than HDDs.

However, many enterprise customers still favor cheaper, higher-capacity HDDs over pricier, lower-capacity SSDs for data storage and cloud deployment purposes. So instead of exposing itself to the cyclical SSD market, Seagate focuses on selling higher-capacity HDDs to those customers and minimizes its exposure to the lower-capacity (sub-1 terabyte) HDD market, which remains vulnerable to competition from SSDs. Those strategies arguably make Seagate a more conservative and less cyclical play than Western Digital.

Last quarter, Intel generated 53% of its revenue from its client computing group, which mainly houses its PC CPUs. Thirty-two percent of revenue came from its data center group, which produces the chips that power over 95% of data centers worldwide.

Intel faced three main headwinds in recent quarters. First, it's been struggling with a chip shortage caused by production constraints for 10-nanometer chips and higher demand for its 14-nanometer data center chips. Second, Advanced Micro Devices' (NASDAQ:AMD) newer Ryzen CPUs for PCs and Epyc CPUs for data centers are denting Intel's share of both markets. Last, tariffs could throttle its growth in China.

Those improvements boosted Seagate's total revenue by 14% year over year to $3.0 billion as its gross margin expanded from 28% to 31%. Its non-GAAP earnings per share (EPS), lifted by buybacks, surged 77% to $1.70.

But looking ahead, analysts expect Seagate's revenue and earnings to decline 5% and 6%, respectively, this fiscal year (which ends on June 29) -- due to softer demand for nearline HDDs, lower seasonal demand for gaming consoles, tougher year-over-year comparisons to the cyclically high demand for cloud storage solutions in fiscal 2018, falling prices of SSDs, and uncertainties in the Chinese enterprise market. 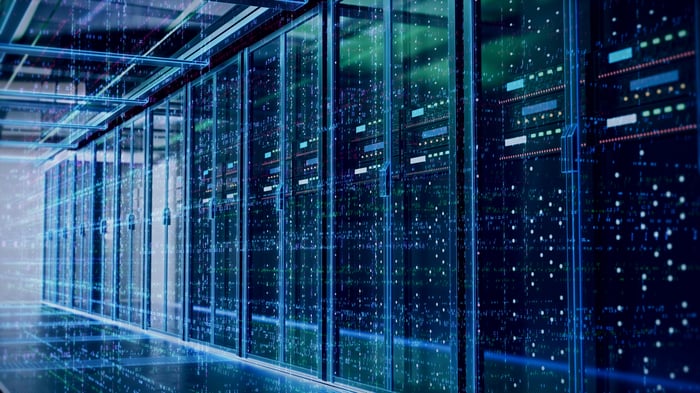 Intel also reported double-digit sales growth over the past two quarters, as demand for its core PC and data center chips continue to rise amid the aforementioned headwinds. Last quarter, Intel's client computing revenue grew 16% year over year and its data center revenue surged 26%, boosting its total revenue by 19% to $19.2 billion. Intel's non-GAAP gross margin expanded from 64% to 64.9%, as its EPS -- also buoyed by buybacks -- rose 39% to $1.40 on the same basis.

Wall Street expects Intel's revenue and earnings to rise 14% and 31%, respectively, this year but to dip to just 3% sales growth and 1% earnings growth next year. The company's main challenges include peaking PC sales, tougher competition from AMD, impacts from tariffs, slower demand for semiconductors worldwide, and tougher year-over-year comparisons.

The valuations, dividends, and buybacks

Seagate trades at just seven times forward earnings, which is lower than Intel's forward P/E of 10. Seagate's forward dividend yield of 6.5% is also much higher than Intel's 2.5% yield. Those low valuations and high yields should set a floor under both stocks, and both companies are repurchasing plenty of shares.

However, many investors consider this year a cyclical peak for both companies, so both could face a rough 2019 as enterprise spending slows down. But if I had to pick one over the other, I'd stick with Intel, which has a better-diversified portfolio with more irons in the fire across multiple markets.