Yet the Snapchat parent is still developing more versions.

Spectacles have always been a mind-boggling initiative for Snapchat parent Snap ( SNAP -1.83% ). Despite the fact that Snap had no prior meaningful experience in camera hardware, Spectacles drive almost no engagement on the core platform, and the company previously had to eat a $40 million charge related to horrendous sales, CEO Evan Spiegel still refuses to give up on his Spectacles fantasy.

It turns out that Spiegel's fixation with Spectacles contributed to the resignation of Snap's former CFO, Drew Vollero. 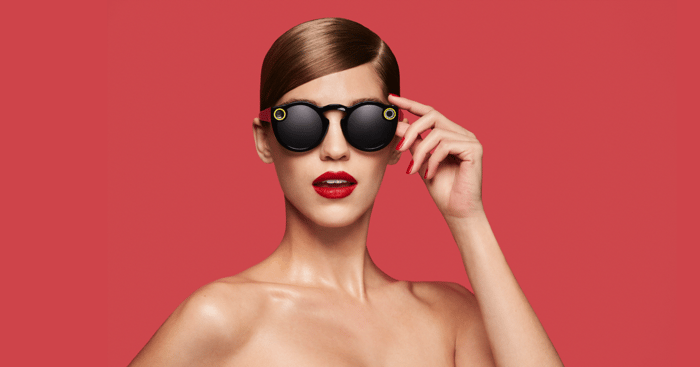 The Wall Street Journal (subscription required) is out with a blockbuster report detailing Spiegel's controversial management style, providing investors with new insight into how the beleaguered social media company is run. Among many details included in the report is a revelation that Vollero had expressed concern to Spiegel over ongoing investments in hardware.

While Snap has never disclosed just how much it has spent developing Spectacles, investors knew that the company was initially selling the first-generation $130 models at a per-unit loss of about $100. Subsequent versions have had prices increased, presumably to reduce the losses. The third-generation models that are reportedly in the works are expected to be priced at a whopping $350. At that price point, Snap might not lose money up front, but probably won't sell very many units due to the steep price. That also means that the company's hardware operations will lack operating leverage, as its fixed costs will be spread across very few units.

Vollero left the company in May, replaced by Amazon.com finance veteran Tim Stone. Vollero quit "after clashing with Mr. Spiegel about the company's spending on hardware," according to the report.

Spiegel keeps the board in the dark

More broadly, the report also highlights other weaknesses in Spiegel's leadership. While Spiegel famously turned down a $3 billion offer from Facebook in 2013, the largest social media titan was still interested in buying Snapchat as recently as 2016. Spiegel still wasn't interested in selling, but more importantly didn't even inform the entire board of directors. Keeping the board in the dark regarding something so material further highlights Snap's terrible corporate governance structure.

Snap's corporate governance, which doesn't allow public shareholders to have any votes whatsoever, is such a joke that the company's annual meeting in August lasted just three minutes and consisted of one of Snap's lawyers reading prepared remarks about the election of a director. Investors were not given an opportunity to ask questions, which isn't all that surprising since Snap has made it abundantly clear that it only wants their money and is utterly uninterested in their input.

However, Spiegel is reportedly becoming more open to feedback from his lieutenants, and attempting to use data to inform major strategic decisions going forward, a departure from his historical style of relying almost entirely on his poor instincts. So that's good, I guess.