If you bought shares of Snap (NYSE:SNAP) at the all-time high (reached soon after the social media company went public last year), you've lost 80% of your investment. While the stock market can be unpredictable, Snap's IPO was draped in red flags. The probability of a train wreck was high right from the start, and that's exactly what happened.

Every investing disaster serves up not only painful losses, but also lessons to help avoid the same mistake in the future. Here are two offered by the Snap debacle. 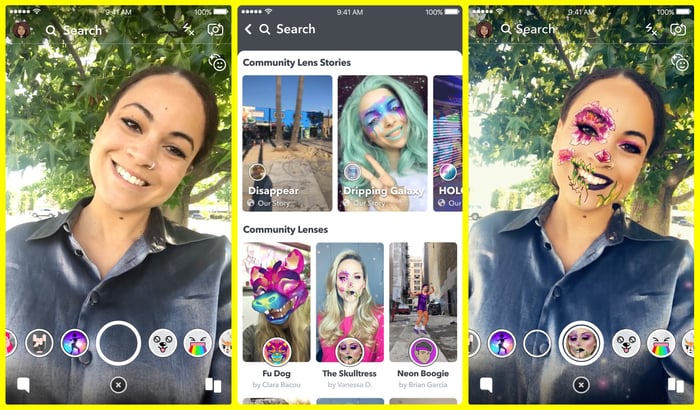 1. Skin in the game is good, but not like this

A good rule of thumb when investing in individual stocks is to choose companies where management's interests are strongly aligned with those of shareholders. You want management to own a substantial proportion of the outstanding shares. The goal is long-term, sustainable stock price appreciation, and the best way to achieve that is to make sure management has the right incentives.

Start-ups that go public often feature founders who own a big chunk of the company. Snap is no different. CEO Evan Spiegel and CTO Robert Murphy each own a substantial stake in the company, and both were crowned billionaires when the company went public.

That sounds like a good thing for shareholders, but there's more to the story. The shares that Snap sold to the public came with no voting rights, while Spiegel and Murphy own a different class of stock with supercharged voting rights. The two have nearly 100% of the voting power, meaning that they're in complete control of the company.

Snap's S-1 filing reads, "As a result, Mr. Spiegel and Mr. Murphy, and potentially either one of them alone, have the ability to control the outcome of all matters submitted to our stockholders for approval, including the election, removal, and replacement of directors and any merger, consolidation, or sale of all or substantially all of our assets." That control remains even if they no longer work for the company.

If you invest in Snap, you're really investing in Spiegel and Murphy. And if they do a terrible job running the company, there's nothing shareholders can do. Activist investors can't swoop in and save the day, so you're stuck.

At its peak soon after the IPO, Snap was valued at roughly $30 billion. That's a whopping 36 times 2017 sales. The company was growing quickly at the time, doubling its revenue in 2017. But growth has since slowed down, with revenue expanding by 47% in the first nine months of 2018. And growth is almost certain to slow further because Snap is beginning to lose users. Daily active users were down 1% in the third quarter versus the second quarter.

The price-to-sales ratio was even more optimistic than it seemed because Snap was and still is wildly unprofitable. Free cash flow was negative $819 million in 2017, and it's actually gotten worse so far this year. Snap posted a free cash flow loss of $661 million through the first nine months of 2018, down about $40 million from the prior-year period. Heavy spending on cloud infrastructure and research & development, as well as wasted money on failed hardware efforts, have weighed on the bottom line.

Paying a premium for a growth company can certainly make sense, but paying 36 times sales for a company burning through cash at such a blistering pace made no sense at all. That's doubly true given that there's no way to hold management accountable for its bad decisions. There are times, like during raging bull markets, when it doesn't seem like valuation matters. But it always eventually does.

If you want to avoid falling for another Snap in the future, make sure the valuation is at least in the ballpark of being reasonable.