Shares of Tesla (NASDAQ:TSLA) raced higher today, up by 10% as of market close, after the company received a bullish analyst note from Wall Street. Wedbush analyst Daniel Ives reiterated an outperform rating and price target of $440 on Tesla shares.

Wedbush, which only initiated coverage on Tesla earlier this month, argues that demand for the Model 3 "looks very strong into 2019 and beyond." International deliveries are ramping while Tesla continues to improve manufacturing efficiency, according to the note. While the company struggled immensely during the first year of Model 3 production, it has largely solved the most difficult challenges in the production ramp, allowing investors to focus more on the demand side of the equation. 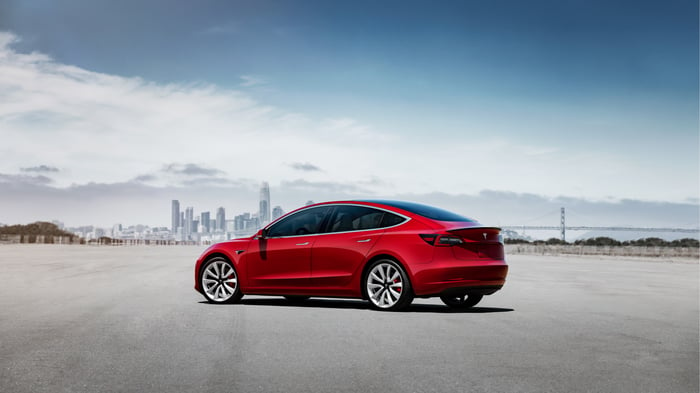 American automakers keep killing off sedans in the U.S. market amid the SUV boom. While sedans continue to represent a declining proportion of the U.S. market, Tesla is positioned to gain share there.

The company also has significant opportunities in China, where it is beginning construction on Gigafactory 3. Producing vehicles locally will allow Tesla to skirt the hefty import tariffs that China imposes on cars coming into the country, while escalating trade tensions between the U.S. and China have created new risks for Tesla, which has had to adjust prices numerous times in recent months in response to fluctuating tariffs.

Strong Model 3 demand will mitigate the need to potentially raise capital, in Ives' view. Ives says that "Tesla is poised to deliver a robust 4Q, which will be another major step forward for the company on its path to sustainable profitability and cash-flow generation in 2019 on the heels of a transformational Model 3 growth opportunity for the coming years."